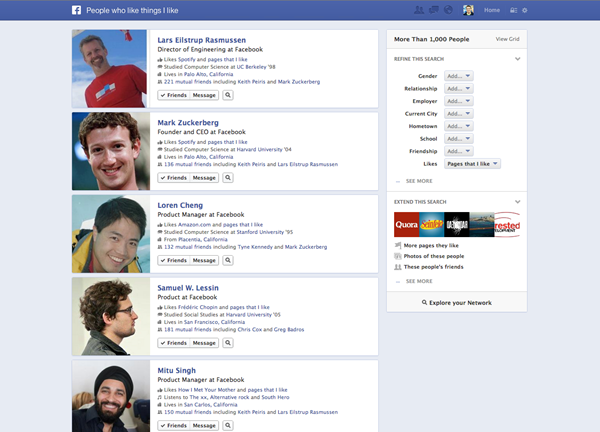 The social giant at its event last evening has announced the big numbers that Facebook is seeing it’s 1 billion users have uploaded a total of 240 billion photographs and have made over 1 trillion total connections. This is one such big numbers announcement since after the time the company announced back in October last year that it had surpassed the 1 billion active user mark.

The announcement regarding numbers is not only the company did, but also introduced a new search feature named as Graph Search, the network’s Social Graph. Graph Search will appear as a bigger search bar at the top of each of the page. The time when you search for something on social network, you will be served as a title for the page, allowing you to edit the title and can even more will let you create your own custom view of the content you and your friends have shared on social giant.

According to the company, the development of Graph Search currently in early stages and is available only in English and you can search for only a subset of content on Facebook, while Posts and Open Graph actions are not yet available. To experience the Graph Search beta today, go to www.facebook.com/graphsearch to get on the waitlist although the roll out going to be slow.