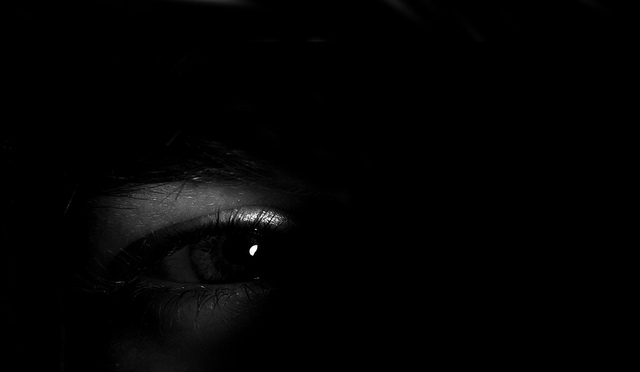 Apple has always been a wickedly innovative company. Now, they’re now the world’s most valuable company, ousting Coca-Cola as “king of the hill.” It’s brand value has jumped up 28 percent to $98.3 billion. Not to be outdone by Google, Apple has been secretly filing patents for some new eye tracking technology. While other companies have tried to develop their own brand of eye tracking, they all fall short because of a phenomenon called “Troxler fading.” Apple thinks its solved this problem.

What Is Troxler Fading?

One of the biggest problems with current eye tracking software is that the human brain has compensatory mechanisms to cope with blind spots on the retina. The retina is the light-sensitive tissue that lines the inner surface of the eye. When you fixate on a particular object or point, then other objects in your peripheral vision start to fade into the background until, eventually, they disappear.

This obviously presents a problem if you have users using your computer and software – you don’t necessarily want all elements of the GUI to disappear. For example, if you were navigating a GUI with a movable cursor that’s controlled by eye tracking, you’ll run into a problem when you look at other objects on the screen. Namely, the cursor will seem to disappear because it appears to remain stationary, relative to your retina.

But this will slow down your ability to use the device, especially if the GUI is being controlled by your eye movements. Not good.

Apple has apparently devised a way around this. In its infinite wisdom, it has come up with multiple systems, methods, and devices that will allow you to counteract the perceptual fading of something like a cursor.

Fore example, the user might be able to look at a button on the menu bar or a word processing application. This will cause the eye tracking system to render a cursor over the button. In some configurations, the user of the eye tracking system might be able to select the button using a suitable input device that’s built into the display – sort of like a capacitive or resistive touch screen.

Apple’s patented solution might automatically alter the position, appearance, or even both, of the movable cursor (or other indicator) so that it’s not a stabilized image as far as the retina is concerned. Thus, it will be perceived by the user and won’t disappear.

If you wear contact lenses or glasses, and shop at a store like www.lenstore.co.uk (which arguably sells just normal eyewear), it’s still unclear how the system might adjust for reflective surfaces found in these types of corrective lenses.

A wide range of devices could use Apple’s technology. Anything from iPhones, iPads, iPods, Mac computers, and even the fabled Apple T.V. set could be wired up to accept your eye tracking commands. This type of technology would be especially useful for television sets or monitors where you want more control over something but you don’t want to use a physical remote control. It would give you direct access to the programs you’re using – a true revolution in technology.