If you think Bali is all sun, surf, sea and sex, you have never been to Ubud. Ubud is the cultural heart of Indonesia’s holiday paradise and here, and in surrounding villages, live Bali’s most accomplished artists, performers and craftspeople.

Western visitors started to come to Ubud in the 1930s but it is only in the past 20 years that mass tourism has arrived. Today Ubud is mainstream but fortunately many of the attractions of the place remain. It is pleasing to just walk down the street. There are small private temples everywhere and you always see small offerings, sprinkled with holy water and accompanied by a stick of incense, on the streets and at the entrance to shops.

But side by side with tradition we must add some new tourist activities which help make Ubud a genuine holiday destination. Ubud is home to a host of health spas, many of which place special emphasis on the spiritually healing aspects of Bali culture. Here are a few comments to help with your orientation.

You have a choice from backpacker rooms to luxury resorts. Your wallet and interest will determine which is suitable for you. Many of the resorts are hidden away in forested areas or overlook streams and rice fields. They can be as serene as little temples with glass walls overlooking green gardens and gurgling water features. You can drink frothy cocktails by a pool and relearn the art of conversation as you are enveloped by calm.

Backpacker rooms tend to be in town in small privately run houses or compounds. Prices are quite cheap and friendships are easily made with hosts and other travellers. In between, there are 2, 3 and 4 star hotels, homestays, and rentals. I would be surprised if you can’t find something suitable.

The Sacred Monkey Forest Sanctuary is a popular tourist attraction close to the main street and is visited by many Ubud tourists. You can observe the Balinese long-tailed monkeys mating, fighting, grooming, and caring for their young at close range, and you can get some great pictures of them along the park’s paths. Although they generally ignore humans who they believe do not have food, the monkeys can be aggressive and steal sunglasses, scarfs, and other items and can even bite. Park personnel carry slingshots to intimidate aggressive monkeys and intervene quickly in confrontations between monkeys and humans.

Apart from the monkeys, the park contains at least 115 different species of trees, three Hindu temples constructed around 1350, and a rocky stream crossed by a stone bridge. 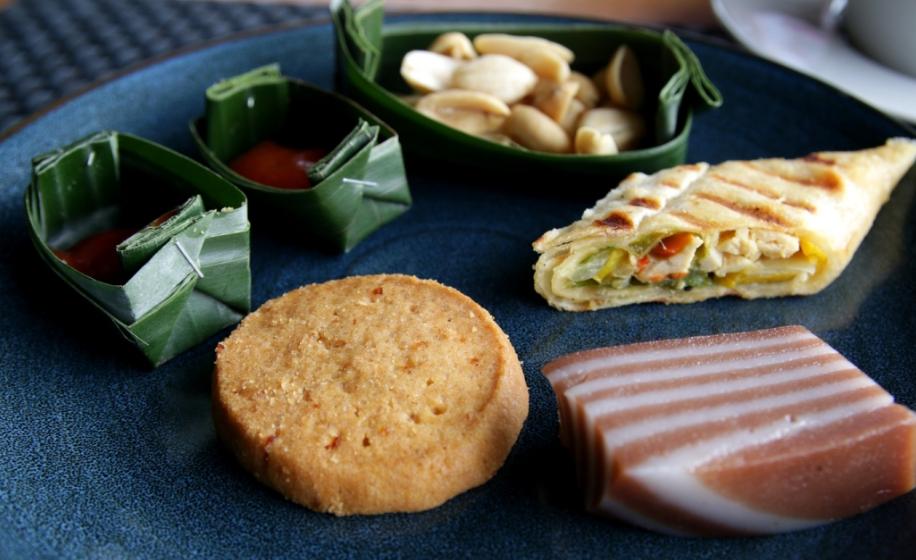 There are so many fabulous restaurants in Ubud it is easy to see why the area has fast become one of the best places in Bali for food! They range from from gourmet to gastro and expensive to remarkably cheap. You can discover the delights of satay, suckling pig, grilled fish, and local vegetables or sample great tacos, pizzas, and pastas. Don’t miss the opportunity to have some local specialties for afternoon tea in your hotel or in a cafe.

Some say Cafe Lotus is the most beautiful place in Ubud to have dinner. The cafe looks out over an immense lotus pond bordered by tall flowering trees, and an ancient temple which at night comes to life with Balinese dance performances accompanied by a gamelan orchestra. 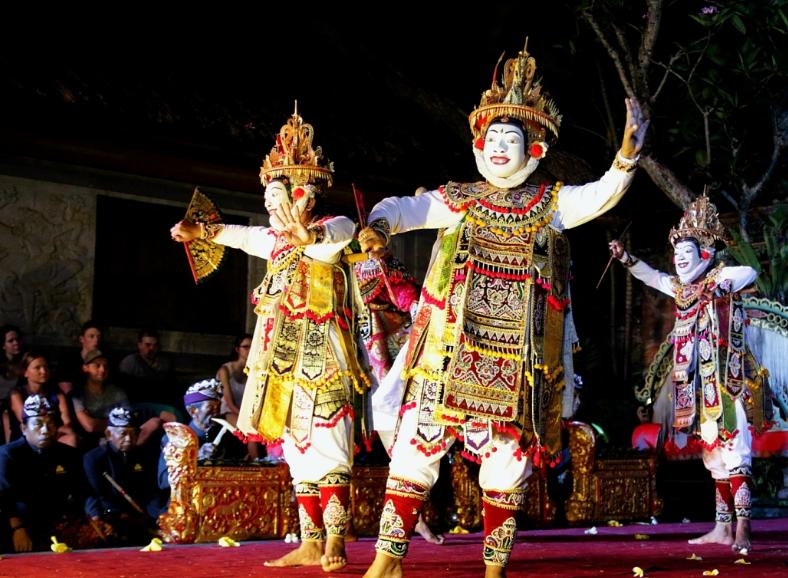 There are at least two main nightly dance performance venues. The above mentioned one near the Cafe Lotus is popular and there is another one at the Royal Palace which is only about 200 metres away. Both of these are held in open courtyards and you sit on plastic chairs. Shows are modified for tourists and are relatively short, but the talent is generally good.

Many of the performances are based on Hindu stories but some are from Javanese folk tales and some simply have no story. Performances are accompanied by a gamelan which is a collection of gongs, xylophones, and drums and sometimes it includes a stringed instrument and flutes.

If you are keen to see the best, ask for advice at the Ubud Tourist Information Office as venues and dances change from time to time. 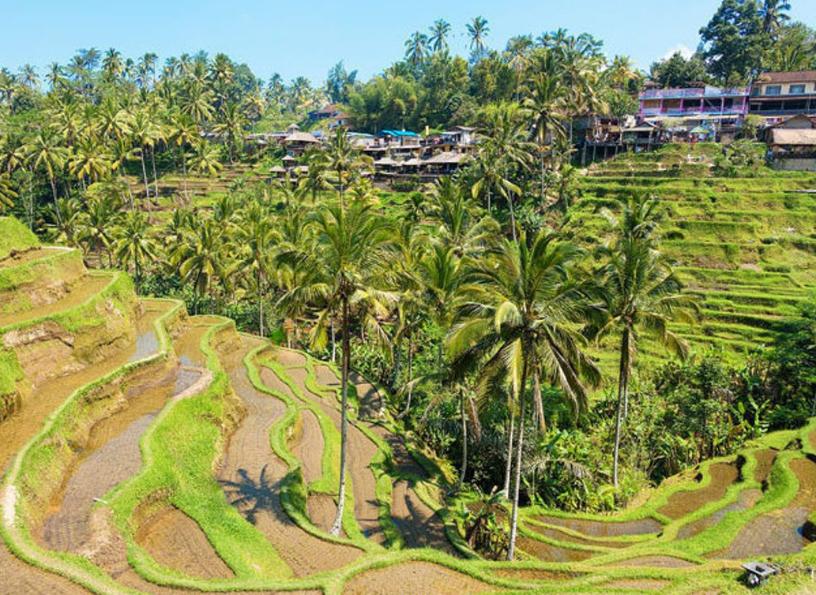 This is a popular spot located a short drive outside of Ubud. The terraces were designed, and are still currently maintained, using a traditional Balinese cooperative irrigation system. The villagers of Tegallalang allow tourists to visit and walk among their intricately designed terraces but you are expected to offer a ‘donation’. You can go to the overlook point and take as many pictures as you want for free.

You’ll find quite a few cafes along the road at the top of the terraces selling refreshing cold drinks, food, and ice creams, and many stalls set up in the area selling clothes and other bits and pieces. Nearby, is the quaint village of Pakudui, where you can find an extraordinary variety of ornamental woodwork and various carvings.