As India heads into the Digital Age with cashless transactions and millions of app downloads for various purposes, the real purposes of going digital and connecting people through apps can simply get lost. For a digital marketing company like mine, it is really important to know how companies are thinking about tomorrow, what their plans are and whether the government’s outlook is also the same for a Digital India. Honestly, there is no better platform than the India Digital Summit to quickly catch up with the brightest minds in the country about their forecast for India’s future and I was lucky to be among them at this year’s India Digital Summit, held at New Delhi. 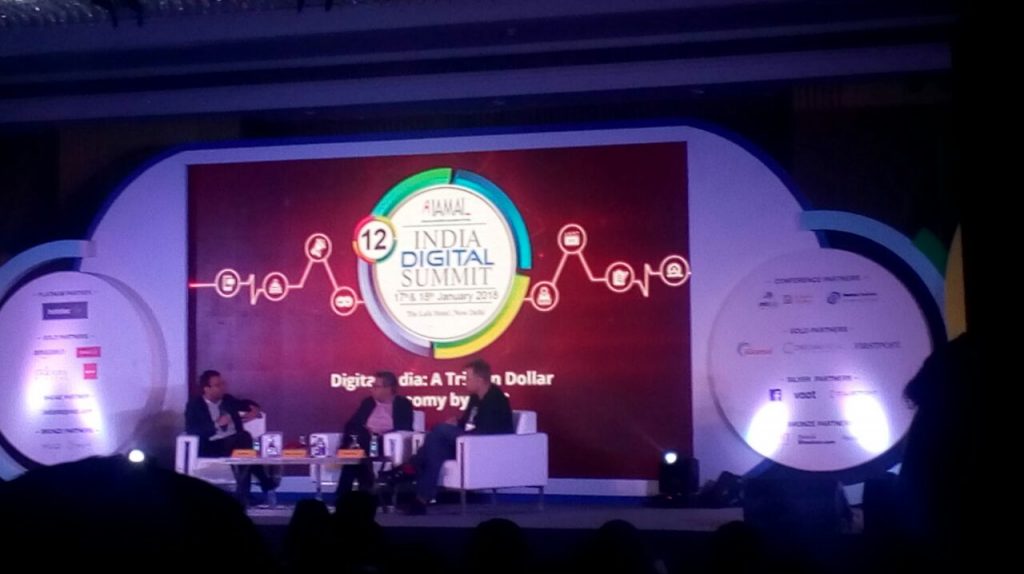 Any major summit has multiple sessions that run in parallel. It is impossible for anybody to be in two places at once and it was no different at India Digital Summit. It is such a tough decision to decide whether you attend a talk with a certain speaker or not and a Summit of such a scale makes it even tougher. Invited speakers were great achievers from all walks of life, from parliamentarians to CEOs of some of the biggest tech industries to entrepreneurs who dreamt big and achievers from the field of sports, law, entertainment, social workers and many more. I tried to attend as much as I could and learn from these high achievers, but in case, I missed a session by someone you are keen to hear to, my heartfelt apologies. I know what I have missed in these two days and would give anything to go back in time and attend the other sessions.

The first day began with the inauguration and was followed by the first keynote address by the man of the moment, Mr Ajit Mohan, CEO of Hotstar. Under his aegis, his company has taken the digital media consumption in India to new heights. His talk focussed on how Hotstar has created great value for their customers by bringing together content from different producers onto a single platform, which content streaming companies have struggled to do. A freewheeling discussion followed the talk and we got a glimpse of HotStar’s vision for digital media in the country.

I jumped to the next session, a recent hot topic in the country and one of my interests, cryptocurrencies. A plenary discussion involving some of the founders of cryptocurrency startups in India shed light on new opportunities for new businesses in this truly digital format of currency, which the world is new to. Shikha Mehra, a crytocurrency expert has some wonderful insights on this topic and I would definitely recommend talking to her, if anybody wants to know the future of these currencies in our country. Also, Zebpay, Koinex, Bitxixo are some really interesting startups in this space.

Akash Banerjee from Radio Mirchi moderated an extremely informative session on the trends in digital content where the panellists were some of the top names in the digital content sector such as Viacom18, Hungama, Twitter and New Media. One can really be surprised by the monumental challenges that even the bigger names face on a day to day basis. The session was a real eye opener for all those who think that money can solve a lot of problems facing the digital age. 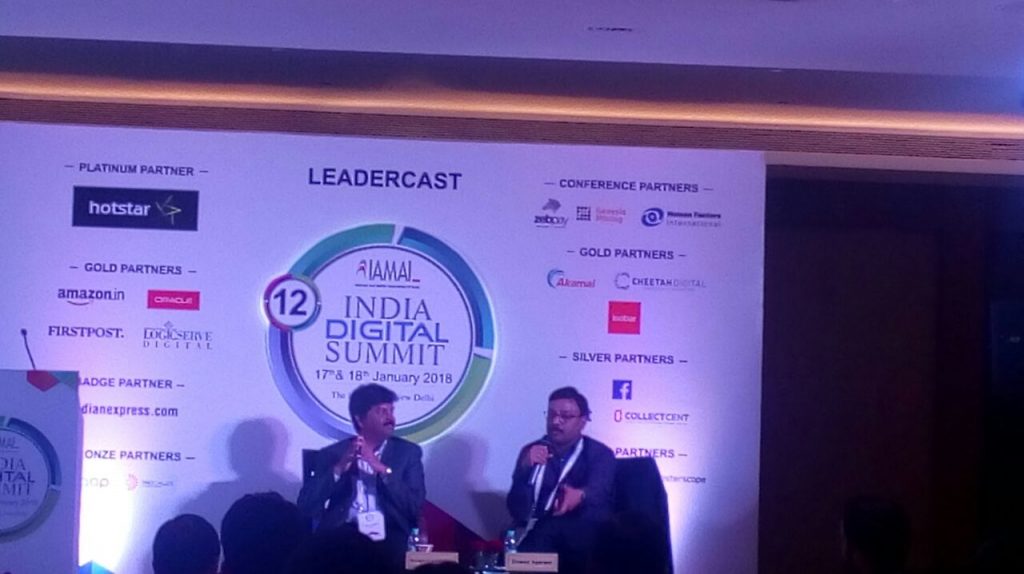 Post lunch, I was enthralled by the Leadercast Session conducted by Murugavel Janakiraman. As Founder of Matrimony, Mr. Murugavel spent many years working on a bootstrap model for his online matrimony business idea and grew the company at the right time to become a publicly listed company now. There are many lessons to be learnt from such a successful story.

Day two was also filled with equally fascinating stories. Roman Saini, founder of Unacademy moderated a wonderful session for Digital Transformation in the field of education. A multi-disciplinary panel from the AICTE, state governments, private and an online university took part in this session and shared their visions of transforming the education sector for the digital age.

Post lunch, I was lucky enough to attend the Government CEO Conference and learn firsthand from Deputy Director General of National Skill Development Agency on how the government plans to build its ‘Smart Cities’ using technology, information and data and leverage them to build a smarter future. Before the Valedictory Address, I managed to squeeze another Keynote address by Vijay Shekhar Sharma, the Founder of PayTM, one of the companies that are at the forefront of pushing digital transaction in the country. His talk, his experiences and his plans are equally awe-inspiring.

The two day Summit was definitely among the finest summits arranged in recent years. The varied experiences shared by the speakers at the Summit threw light on the difficulties faced by various companies in the industry and how their grit and determination helped them overcome them. At the same time, the collective wisdom of the entrepreneurs and government executives exudes a lot of confidence in the dream of Digital India and reinforces my faith that we are heading in the right direction.

1. When preparation meets opportunities, it is called as luck, the “thing” which leads toward working in your favor, said Mr. Murugavel Janakiraman, Founder & CEO, Matrimony.com.

2. You need to keep on trying multiple things as only then one of thing will surely work in your favor, said Mr. Dinesh Agarwal, Founder & CEO, IndiaMart. 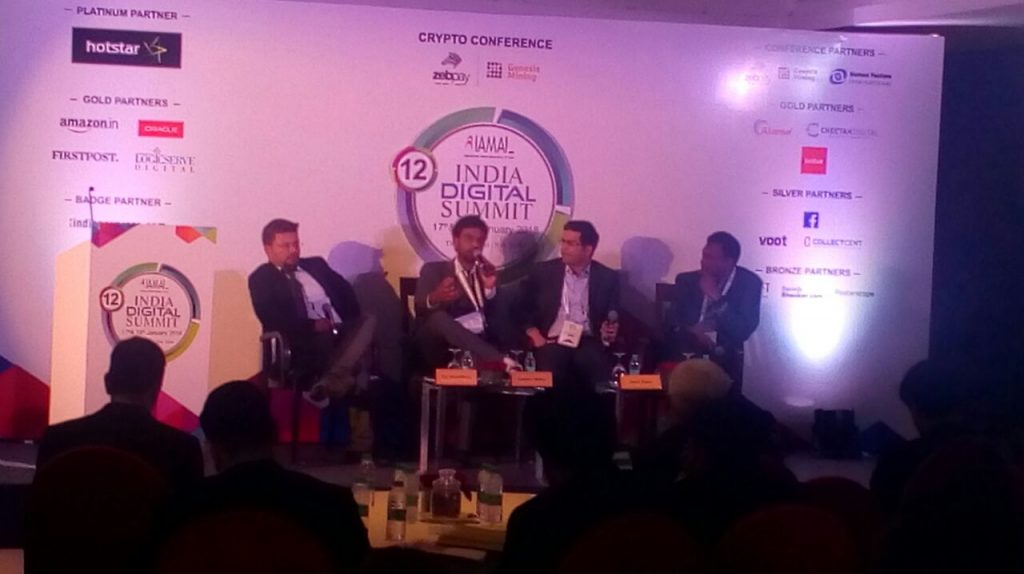