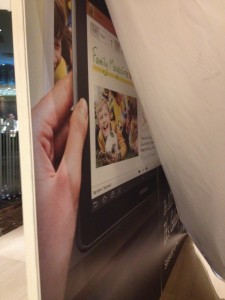 With the earlier photos confirmed that Samsung is bringing a Galaxy Note to its next 10.1-inch tablet – which it will unveil during Mobile World Congress – the news has been confirmed now through the posters for the yet to announced device of the company stand at the mobile biggest event – so far not much of the details are known for the device but it is expected that it will follow the same suite as that of the Samsung Galaxy Note – which was launched in September last year – adding to this the company recently unveiled its 10.1-inch Galaxy Tab 2 version.