According to comScore recent report, Samsung increases lead as top US mobile device maker while Apple still gaining and over the top no one else matching the pace just flailing. The study which surveyed over 30,000 US mobile subscribers found the South-Korean giant to be the top handset manufacturer with 26.9 percent market share while Google’s Android accounting for 53.7 percent of smartphone subscribers, and Apple secured 35 percent. 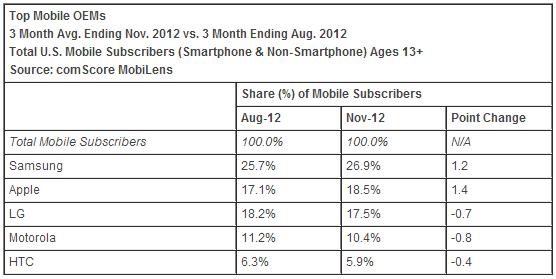 Counting on the OEM market share from the three month averaged period ending in November, Samsung tops the chart with 26.9 percent of US mobile subscribers, up 1.2 percentage points. Apple ranked on second position with 18.5 percent market share, up 1.4 percentage points, followed by LG with 17.5 percent share, Motorola with 10.4 percent and HTC with 5.9 percent. 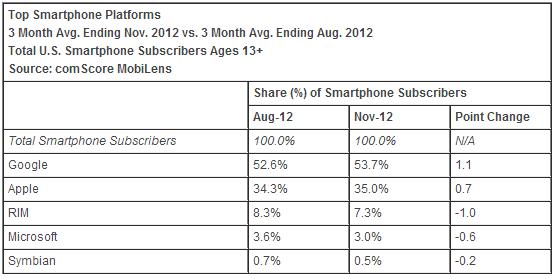