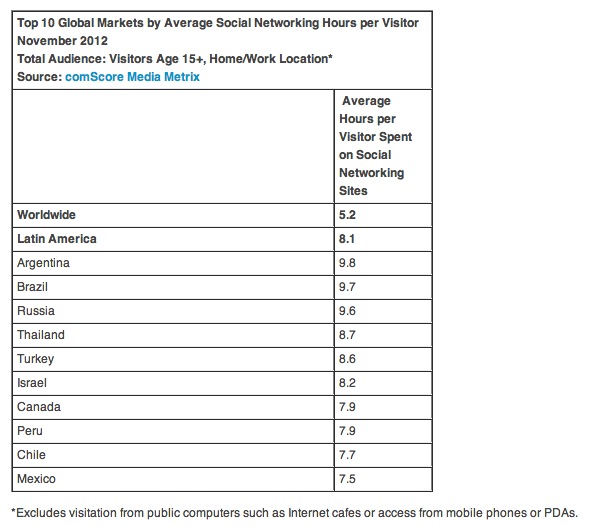 Argentina tops the chart with an average of 9.8 hours on social networking sites in November, while Brazil ranked second at 9.7 hours and Peru (7.9 hours), Chile (7.7 hours) and Mexico (7.5 hours) also ranked within the top ten markets.