According to comScore, the key trends in the U.S. mobile phone industry during the three month average period ending July 2012. The study which comes with the result of 30,000 US mobile subscribers surveyed found Samsung to be the top handset manufacturer overall with 25.6 percent market share, while Google Android leads among smartphone platforms, accounting for 52.2 percent of smartphone subscribers, while Apple secured 33.4 percent. 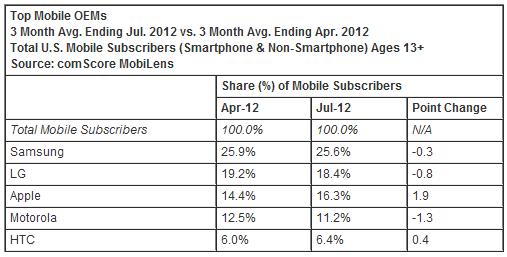 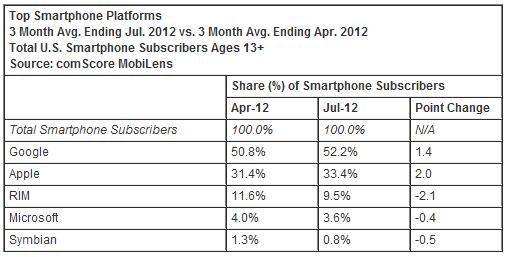