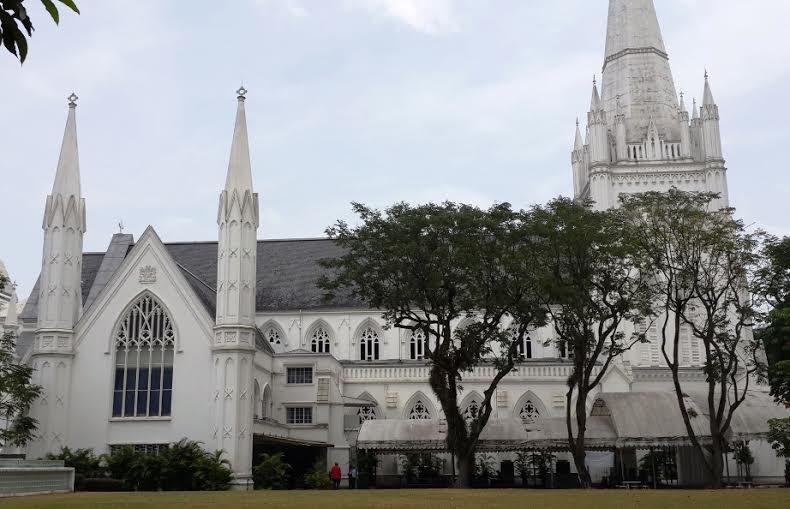 In 1818, Stamford Raffles was sent to the British colony at Bencoolen on the west coast of Sumatra. Raffles hoped to challenge the Dutch, who controlled the spice trade, by establishing a new port and he convinced the British East India Company, to let him seek a new British base in the region.

One year later he did a deal with the local Malay official to establish a trading post on the island he called Singapore. He opened the port to free trade and Singapore has hardly looked back since.

Singapore is both a country and a hi-tech city. A large part of the main island is now residential although it is still possible to find small areas of natural countryside and a few relics of the past. Thirty years ago Singapore embarked on a modernisation program that destroyed much of its earlier history and culture but fortunately the mistake was realised in time and you can still see areas which outwardly are little changed in 100 years.

Fortunately there are still many fine colonial buildings and other structures to be seen. St Andrew’s Cathedral is undoubtedly the grandest church in Singapore and is probably the most prominent. The original cathedral was demolished in 1852 while the present white Gothic building, which was built by convict labourers, was consecrated in 1862.

The white plaster is said to be a mixture of eggwhite, shell, lime, sugar, coconut husk and water. Note the lancet windows, the turret-like pinnacles, the decorated spires and the large multi-coloured stained glass window with a centre panel dedicated to the memory of Sir Stamford Raffles.

This is a Singapore institution not to be missed. Enter from Beach Road into the marbled lobby with its plush Persian carpets and note the wonderful Sikh doorman.  Opened in 1887 by three Armenian brothers who already successfully operated the Eastern and Oriental Hotel in Penang and The Strand in Rangoon, Raffles Hotel has been home to royalty, film stars and writers over the years. It has been beautifully restored to its 1915 appearance and it remains a travel icon.

Find your way upstairs to the Long Bar for a Singapore Sling. This famous drink was invented here in 1915 and you can still enjoy the great ambiance of the bar if you ignore the ridiculous cost of the drink.

Even if a Singapore Sling is not on your agenda, walk in the wonderful cool, calm courtyard gardens and make believe you are a celebrity. Don’t miss the 1890s ornamental fountain which was made in Scotland and now stands in the Palm Garden.

City Hall was completed in 1929 and was once Singapore’s most important government building. It features Grecian architecture, dignified Corinthian columns across its front, two internal courtyards and a grand staircase. This is where the World War II surrender of the Japanese in 1945, the declaration of Singapore’s city status in 1951, and the proclamation of self-government by Lee Kuan Yew in 1959, all occurred.

Next door is the imposing Old Supreme Court, the last colonial classical building to be built in Singapore in 1939. It has colossal Corinthian columns and a miniature replica of the dome of St Paul’s Cathedral. An allegory of Justice stands above the entrance, as well as a frieze depicting the historic signing of the 1819 treaty between Raffles and Sultan Hussein which established Singapore as a trading post. Note that the granite of the building is actually a type of moulded plaster.

Both the old Supreme Court and the City Hall are being extensively remodelled at present and will be home to the National Art Gallery from 2015.

The large green area across St Andrews Road is called The Padang. Cricket has been played here as far back as 1837 and the Singapore Cricket Club was established in 1852. The present building is from 1884 and is the third on this site. Cricket, rugby sevens, soccer sevens and hockey sixes have all been played here. The National Day Parade and other events have been held here.

Cavenagh Bridge, opened in 1870, is Singapore’s oldest and only suspension bridge. Built and tested in Glasgow, Scotland it was shipped to Singapore in parts and reassembled as a link between the Civic District on the northern bank and the Commercial District on the southern bank of the Singapore River. When you look across to the south bank today it is laden with skyscrapers, mainly associated with the banking industries. It is currently a pedestrian bridge.

The Asian Civilisations Museum is in a neoclassical building built in 1867 as a Court House. For many years it housed various Government departments then became the Empress Place Museum in 1989 and after a major renovation it opened in its present form in 2003. This is an extremely well-presented museum and is probably the museum I most enjoy in Singapore.

There are some fine artefacts and exhibits here showing how Singapore’s multi-cultural society has developed from various pan-Asian cultures and civilisations. Through a collection of works of art and a varied exhibition program, the museum will deepen your understanding of south-east Asia, China, south Asia and the Peranakan world.

This was built in 1827 as a private residence by G. D. Coleman, an architect who contributed greatly to early Singapore, and it is the city’s oldest surviving building. It was used as a court, Government offices, and Singapore’s first parliamentary building.

It was originally built in the neo-Palladian style but was later transformed into an eclectic French classical style. Today, it houses the Arts House, a multi-disciplinary arts centre. Outside the building is a bronze statue of an elephant which was a gift from King Chulalongkorn of Thailand when he made his first overseas visit to Singapore in 1871. 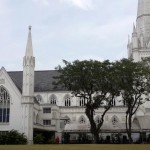 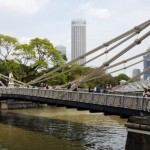 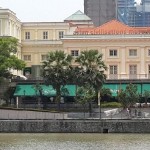 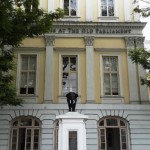 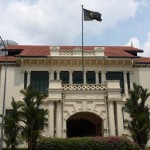 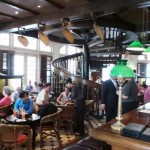 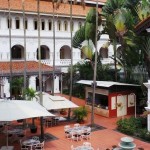 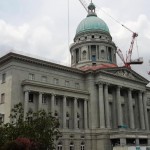