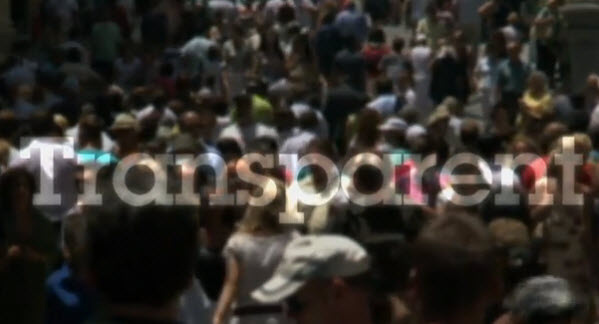 Well it became a habit; the major companies in the IT, Manufacturers, Publishers, and top Executives continue to shine their absence in the industry events. Fortunately, small and medium sized businesses are positive towards these events, their attendance and response is remarkable, confirmed by many organizers of the events.

The seminars become essential to the technology fairs and they are also very popular among visitors.

The main focus of these events is usually on the cloud computing and Big Data.

Some basic questions around Cloud

The way we talk about the cloud – we could believe in a positive business maturity on the subject. However, visitors in the exhibition or expo generally ask questions which are ultimately basic. In fact, several companies are still wondering about the concept of data center migration to a private cloud. A proper explanation on the subject could encourage them to transform their existing IT infrastructure to cloud platforms from more benefits. Under these conditions, it is the data center operators who found themselves at the heart of the discussions.

Combing the delays of the economy and those of the adoption of new technologies in the US and UK, some worldwide business organizations in other regions have still been slow to move in this direction. The year 2012 was lackluster for hosting industry. The first half of 2013 showed a reversal of this trend, that all service providers have confirmed. But the second half of 2013 seems quite good. Is this the beginning of an economic recovery or companies are feeling healthy for the adoption of cloud platform?

The main factor is without doubt the necessity of developing architectures that crisis and shrinking budgets have forced companies to stop work on that idea. Under these conditions, the cloud has established itself as the fastest solution, the most flexible and scalable to develop an information system.

On the other side, data center service providers had predicted this situation and made their investment in Cloud sector heavily, probably one year earlier, but now the rooms are filling up, and the current pace of technology adoption seems high. Major market players will occupy this sector quickly as well as many local businesses looking to get a place in this area.

However, this returning phenomenon will quickly display a setback. The inventory of available space in the data centers will likely to be reduced drastically in the coming years, in 2014 or probably in 2015. If major clients are prepared in anticipation of work, the market may suffer a lack of hosting capacity.

According to several data center service providers, PRISM phenomena of NSA had a little impact on their customers; it prevents the proximity of data, so data centers are now rooted in the minds of CIOs.

A Big Data which seeks

You will notice that organizers of Cloud Expo or Event always dedicate a space for Big Data. It will not be held against them, the topic is timely. Again, you will notice that the major players have no rush to display their presence. May be two reasons: First, as compared to the cloud, Big Data seems far from maturity, and the second one is the lack of a clear strategy of most companies is probably the effect.

It is no surprise that if you don’t see Big Data in the exhibitions, but in the seminars. What I have seen is the effort of the companies in the integration of storage volume or processing of data warehouse or massive databases. Big Data is in the minds of many organizations, but still far from becoming a reality.

About the Author
Paul Lopez