The latest figures from Chitika Insighta revealed that around 81% of tablet web share in North America, while Kindle Fire grabs 7.7% and Galaxy line-up holds 3.9%. The firm surveyed a sample of hundreds of millions of impressions from its advertising network between January 19 and January 27, 2013. 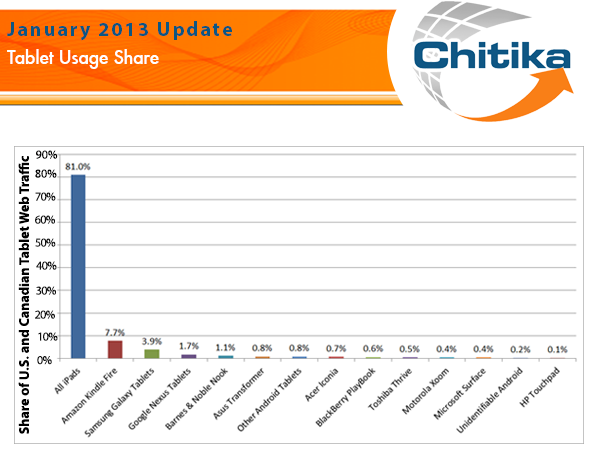 Chitika reports that Kindle Fire holds a strong presence usage in the Android table market following the holiday season with which the shares of North American tablet traffic coming from Kindle Fire tablets users who grew from 4.88 impressions per 100 iPad impressions to 9.48 impressions, or 7.7% of the market as a whole.