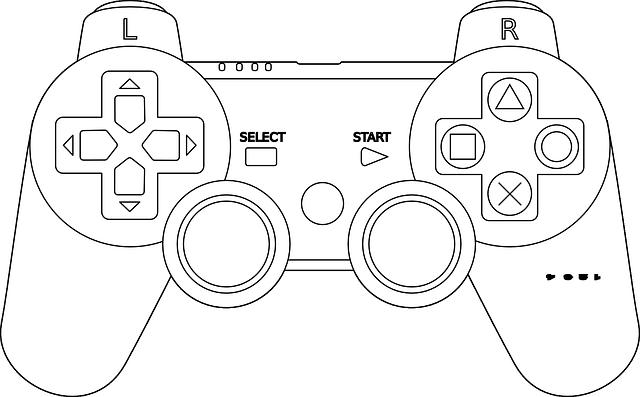 If you’ve ever thought about pursuing a career in the video game industry, finding a starting place is often the most difficult part. Many people who love video games begin their search in a general capacity, looking to find some way into the industry without considering where they believe they’d best fit in. It may be surprising, but many traditional degrees like marketing, creative writing, and music composition can serve as a starting point for setting out on your career.

Take a look at our list below of five accessible careers within the video game industry that you may not have known existed, including descriptions of each career and how to best attain them.

From Legend of Zelda to Final Fantasy and Mario, some of gaming’s most iconic theme songs have propelled themselves into the popular culture where they’re just as memorable as the latest pop song. A video game with a mediocre soundtrack just doesn’t have the same appeal, and with a degree in music composition, you could be the next Koji Kondo.

Start by creating your own themes to your favorite video games and posting them to YouTube, where soundtrack remixes of video game soundtracks are a popular trend. Next, come up with some ideas for your own games, and write their soundtracks using whatever instruments you have at hand, either a keyboard or guitar. Remember, the most important element of a game’s theme is its memorability and catchiness. Once you have a few dozen tracks, upload them to YouTube and start building your fan base. From there, you’ll have a sizable portfolio you can submit to open positions, giving you a higher chance of being recognized.

Like any form of entertainment, video games rely on marketing to move from creation to living room. Television commercials, Spotify ads, and placement on gaming websites bring your product to the attention of the community, building hype and anticipation for the game. The biggest sales come in the first few weeks of a game’s release, so it’s important to place it in the public consciousness before the release date.

Get your degree in marketing from any university where the program is offered. While an advanced degree will set you apart from the competition, it isn’t necessary. When you’re in school, try freelance writing in video game journalism for smaller video game websites. Marketers are expected to be well-rounded and capable of composing press releases and writing detailed and industry-specific copy that is not only informative, but gets gamers excited about your title. Once you have your degree and a some experience, start applying for marketing agencies that represent video games, and from there, it’s a straight shot into the industry.

Every kid fantasizes about playing video games for the rest of their lives, and with this position, you can spend your days not only playing them, but testing them and helping to polish the final product for quality control before it hits stores. While you’ll have to play the bad games, too, you’ll be an important part of development, whipping games into great shape and working to discover their flaws.

Begin by playing games you love and looking for their flaws. They could be anything from minor glitches like incorrect shadow rendering and pop-in, to game crashing bugs that ruin the user experience. Note all the errors you see and keep track of them. This will be part of your portfolio, which you’ll use to show employers that you’re not only dedicated, but also observant of the finer details. Start hunting for game companies hiring testers. You can usually find these listings on sites like mediabistro.com and other entertainment-related employment services.

You know that feeling when you’re playing a game with terrific graphics and fun gameplay, but you just don’t connect with the characters in a meaningful way? Some studios, like Naughty Dog and Bethesda, are fixing this issue and setting a higher industry standard for engaging narratives, but most companies are light-years away from that level. Here’s your chance to get in the action and fix the things that bother you most as a gamer.

While a degree isn’t totally necessary, it’s a great experience for a writer. You’ll take apart books and scripts and discover what makes them good, what makes them bad, and workshop your own writing with your peers. Having that degree will also be a point you can bring up on your resume. Since the video game industry is booming, and those who grew up with them dream of creating them, you’ll need to stand out as best as you can. Once you collect some experience and feel comfortable crafting realistic worlds, it’s time to start applying for positions. Write some short stories and short scripts to prove to employers that you’re able to craft a realistic universe, and use them as submission materials when they ask for your portfolio.

This might sound like the dream job for anyone who grew up gaming, but it’s a lot tougher that it sounds. Not only do you have to be a master at competitive gaming, including Call of Duty, Starcraft, Super Smash Bros, and Counter-Strike, you have to be willing to travel across the country for tournaments and have the skills required to make enough money to support yourself when you’re home training. You’re expected to be on the front lines of new releases, picking them up and mastering them faster than anyone else. It takes thousands of hours of practice to reach the level where you’ll win money, but once you’re there, there’s almost nothing as rewarding in the video game industry.

There’s no school needed. You need to be practicing as soon as you can, as often as you can. It isn’t enough that you’re the best in your neighborhood or city, you have to be best in the world, so play as many games as you can, play online, and play often. Once you begin making a name for yourself online, start registering for local tournaments. This is a difficult step for those of us who live away from major cities, but there are also minor online competitions where you can get your feet wet. If you’re able to win the smaller tournaments, begin registering for larger, more competitive tournaments. These usually have an entry fee, but a cash prize goes to those in the top three results, and is often sizable. The only way you can make a career in this industry is to be the best and consistently rank around the world. It’s a skill set derived from years of practice, but if you have the talent, you can become a legend.

About the Author
Matthew McAlister

Matthew McAlister is a Content Specialist at Careerglider.com. Originally from Lexington, Kentucky, he moved to New York to pursue his MFA in Fiction at NYU. He has worked for a variety of freelance writing companies, reviewing books, writing essays, and generating standardized test questions. He lives in Brooklyn.