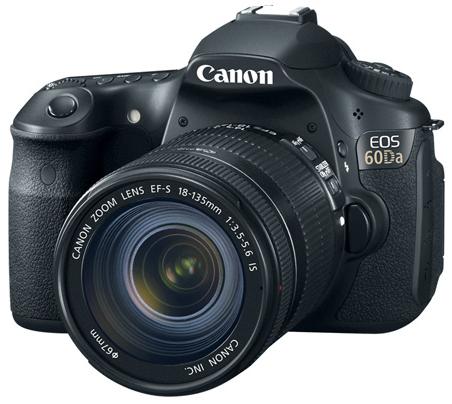 Canon today introduced the EOS 60Da Digital SLR Camera, a long-awaited successor to the EOS 20Da that is optimized for astrophotography. This DSLR primarily caters to astronomers and hobbyists who enjoy capturing the beauty of the night sky by offering a modified infrared filter and a low-noise sensor with heightened hydrogen-alpha sensitivity. These modifications allow the camera to capture magnificent photographs of “red hydrogen emission” nebulae and other cosmic phenomena.

“The EOS 60Da is a testament to the constant desire to meet the needs of every customer, including those in specialized fields,” said Yuichi Ishizuka, executive vice president and general manager, Imaging Technologies & Communications Group, Canon U.S.A., “This new camera enables an accurate depiction of a part of our solar system which is hard to achieve with conventional cameras but should be enjoyed and celebrated.”