The Verge reports that Kotaku sent them image of a poster featuring both Activision and Treyarch logos, with a date and the tagline, “Return for debriefing.” The background is a vague, but not altogether unfamiliar, soldier in black giving a surprise sequel, Call of Duty: Black Ops 2. French gaming site Gameblog.fr reported back in February that on an Amazon leak that indicated the game would be released this year. 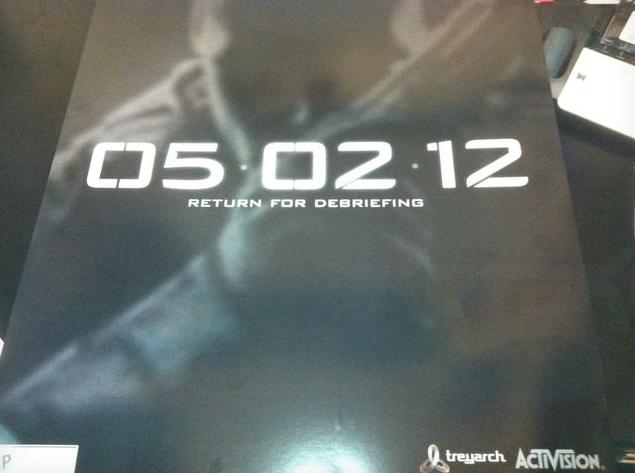