With Research In Motion (RIM) now known with the name of BlackBerry, the company today finally unveiled long-awaited BlackBerry 10 and first of two smartphone devices which comes under BB10 window: the BlackBerry Z10 and the BlackBerry Q10. The company’s CEO during the today’s event stated that the new operating system is for people “who are hyper-connected socially, who want to get things done and who want balance in their personal and professional life. It’s for people who want to flow from app to app without having to use a home button all the time.” 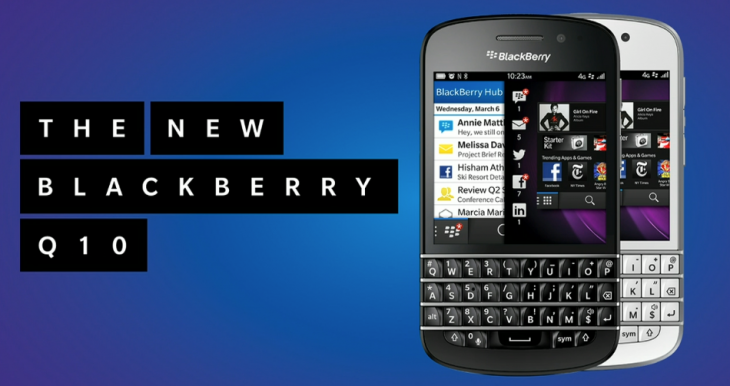 “We have created a platform that is able to connect with other machines, connecting to your home, your car or your health care system, wherever you are. This is the promise of the BlackBerry 10 operating system.” The operating system will roll out later but what makes sense and interesting is that the two new smartphones, mainly the BlackBerry Z10 will make debut in UK tomorrow, Middle East and Canada on February 15 while by March in United States.

The BlackBerry Q10 come equipped with a keyboard (first of its in offering from RIM; or the newly rebranded BlackBerry now), features a 3.1-inch, 330PPI (pixels per inch) display, dual-core TI OMAP 4470 1.5GHz processor, 2GB of RAM, 16GB of internal storage with microSD slot included.