BlackBerry maker Research In Motion has just announced that BlackBerry social media – Facebook and Twitter apps will get BBM integration, letting users share status updates and chat with BBM contacts within the apps. Each app will contain a “share with BBM” button, and users will also be able to share tweets and status updates with BBM contacts from a centralized location. The BBM integration will also appear in the BlackBerry travel app. The travel app will allow users to update BBM contacts with their travel status. The updates will be out in over the next ten days period. 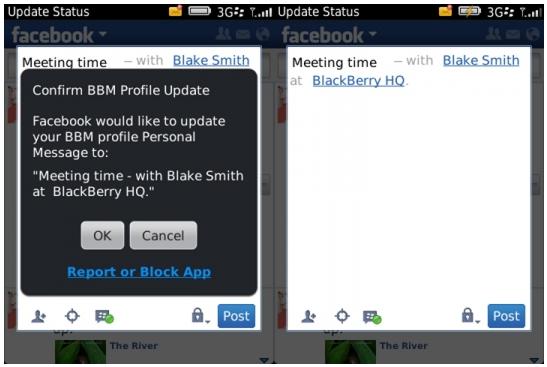