It’s being quite long time since we are hearing rumors from one point to another relating to the likes of BlackBerry 10. N4BB reports as well as show off BlackBerry 10 Facebook app first look. The slides showed by publication revealed the TAT-built Facebook applications. There are plenty of features that we are already seeing in and around in native Facebook app, but the slide however points out the ability to “hide” less used controls. While the Share UI represents how it will be when you share a picture, web page, or other things to Facebook, BBM, Picasa, DropBox etc. It would be surprising at first, but we have got the picture through publication revealing app. Check out the glimpse below. Further, as of now, the company last week while announcing the results clearly stated that the device will launch now only in 2013, means all you need now to is wait. 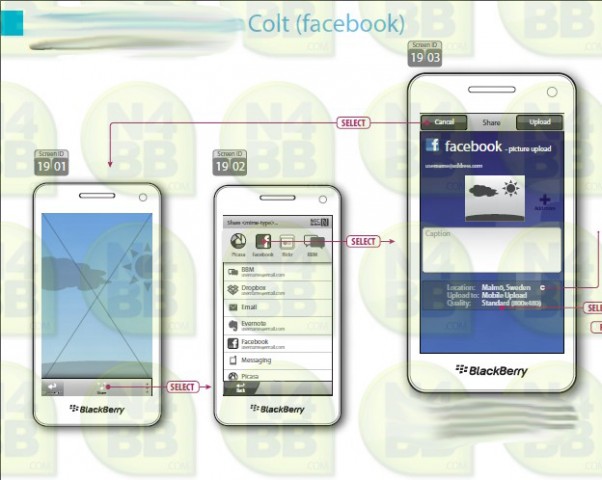