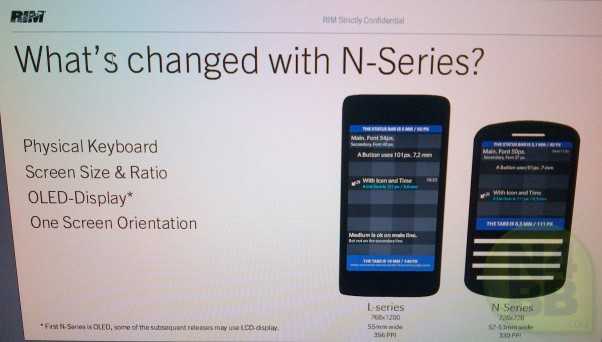 BlackBerry 10 rumor mill take further new turn as N4BB comes up with an internal document of what it say is of the latest two BlackBerry phones: L-series and N-series codenamed, “London” and “Nevada.” The L-series having a 1280 x 768 screen with 356 PPI while the screen supposed to be the same as that on the developer alpha device. The N-series is having a square 720 x 720 display with 330 PPI and a width of 52 to 53mm with the first version expected to have an OLED display. L-series expected to be coming out as early as September, while N-series expected for Q1 2013. We hope this time that rumors turns true.