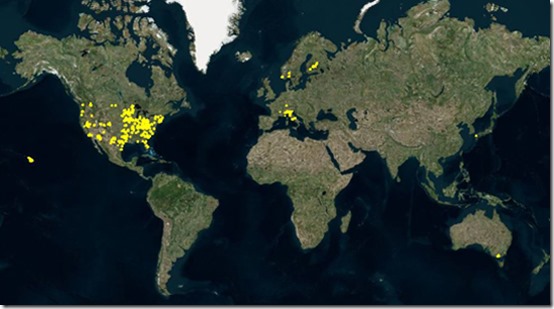 The tech giant now has a total of 1,452,958 sq km, or half a petabyte of data, in Bird’s Eye scenes from around the world. To check on Bing Maps’ new Bird’s Eye coverage from this release, check the yellow color in the below World map. 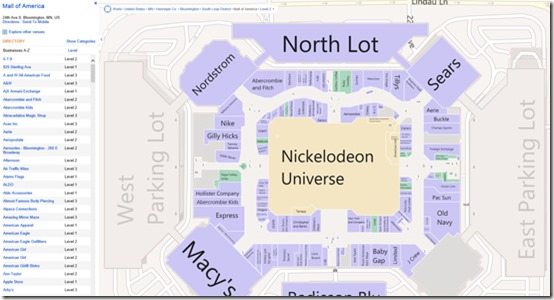 While when you zoom within a level of 1000 feet, purple and green polygons will appear to outline particular points of interest for a given venue. Green shading indicates restaurants, while stores appear purple. Also, when you click on any outlined polygon, a directory will appear with a full list of points of interest and offer options to visually explore additional floors of the venue.