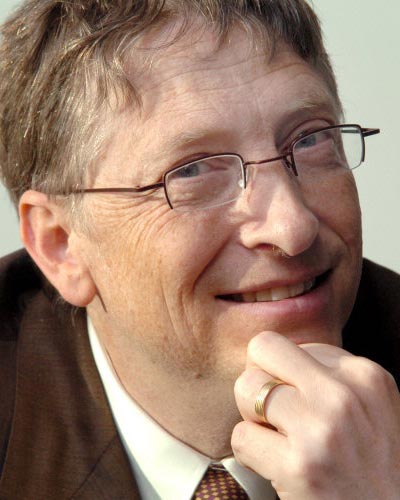 Bill Gates says in his recent annual letter that The Bill & Melinda Foundation have devoted $2 billion to help poor farmers boosting their productivity. But what the next in America’s richest man, Bill Gates prime target is the “Revolutionize Farming” – he is increasingly troubled by the lack of investment into new research agriculture.

The Bills & Melinda Foundation is the world’s largest charitable foundation with a $36 billion endowment. Most of the $25 billion, the foundation has given away so far has been devoted to public health, with $6 billion focused on vaccines – including the polio effort. Considering that only $3 billion is spent on agricultural research on the seven most important crops, Gates says, including $1.5 billion from countries, $1.2 billion from private companies such as Monsanto and Syngenta, and $300 million by an agency called the Consultative Group on International Agricultural Research.

Gates who throughout his life having a career in software and philanthropy, every year in his annual letters, a recurring theme has been that innovation is the key to improving the world. Innovation when works on urgent problems and deliver solutions to people in need, the results can be magical.

“The world faces a clear choice,” he writes. “If we invest relatively modest amounts, many more poor farmers will be able to feed their families. If we don’t, one in seven people will continue living needlessly on the edge of starvation.”

Gates discuss about a farmer he met in Tanzania last year, he writes –

“We do all these things with one goal in mind—helping people like Christina Mwinjipe, a farmer I met last year in Tanzania. Christina supports her family by farming cassava, a staple crop that provides a basic diet for more than 500 million people worldwide. (When dried to a powder, cassava is known as tapioca.) In the past two years, Christina’s crop has been invaded by two cassava diseases. The leaves of some of her plants are curled and withered, and covered in the white flies that carry mosaic disease. The roots of other plants are rotted by brown streak disease. Because of these diseases, she is depleting her savings to buy cassava to feed her three children. Her oldest son just passed his examinations to enter secondary school, but she doesn’t know where she’ll find the money to pay his fees. She is not sure what she will do about food when her savings run out.

For Christina and other small farmers—and for hundreds of millions of extremely poor people living in slums in big cities—getting food is the most pressing daily concern. And food is strongly connected to another constant worry: basic health. The lack of adequate nutrition is a key reason why poor children so often die of diseases like diarrhea that richer and better-fed children are able to fight off. Poor nutrition in childhood also prevents the development of both the brain and the body, severely and irreversibly limiting children’s ability to grow, learn, and become healthy, productive adults. Ultimately, there is very little in Christina’s life—or her children’s lives—that doesn’t depend on her cassava crop.

Gates further added that it is a terrible irony that most of the billion people, 15% of the world population, who live in extreme poverty and must worry about where they will get their next meal are suffering on farms. He says that the world needs to repeat the “Green Revolution” of the 1960s and 1970s, when new farming technologies, including new seed varieties of rice, wheat, and corn, increased the amount of food available and decreased its price.