We have seen a lot of phones from almost every smartphone vendor unveiled during the recent Mobile World Congress in Barcelona, Spain. We have rounded up the best phones here for you with both specifications as well as their estimated prices at the time they will make their debut in India. So here is the list.

Samsung launched the Samsung Galaxy Beam, the projector smartphone that allows users to display and share multimedia content anywhere on a larger luminous projector screen. Galaxy Beam includes an Android 2.3 smartphone – instead of Android 4.0 which these days every other vendor is working towards upgrading in it – with a built-in HD projector. It includes a 4-inch display with an 800 X 480 resolution, 1GHz dual-core processor, 5 megapixel back camera with flash plus a 1.3MP front-facing camera, and 8GB of storage onboard with a microSD slot. The launch date in India is somewhere around Mid-2012 with an estimated price of INR 30,000+ (about and above $600).

HTC unveiled HTC One X along with other One Series phones during MWC – the device that is equipped with a 4.7-inch, quad-core superphone, Tegra-3 powered will feature Android 4.0, Sense 4.0 with NFC, 32GB of storage onboard, and a 1280 X 720 Super LCD display, an “all-in-device” feature in HTC language, the camera is an 8-megapixel backside illuminated sensor with an f/2.0 lens. The launch date in India is somewhere around Mid-2012 with an estimated price of INR 35,000 (about $700). 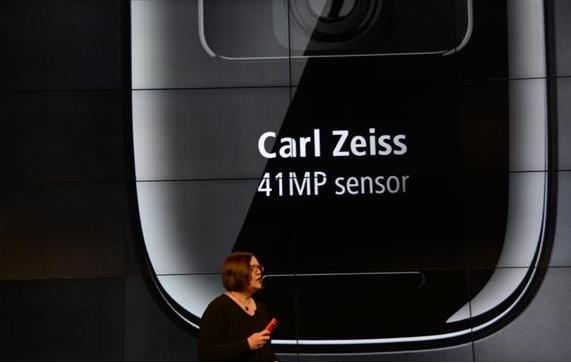 The Finnish maker unveiled Nokia 808 Pureview, the company announced during its press conference at MWC – the phone is equipped with a 41-megapixel sensor – composing of 41 million pixels – the 808 Pureview has a larger 4-inch screen with nHD (640 x 360) resolution and features a more ergonomically-minded case, rounding its edges and offering a softer, grippier surface. The key specs on the processing side of things include 512MB of RAM and a 1.3GHz single-core SoC, the phone do includes an 1080-pixel video at a quality. The launch date in India is somewhere around May 2012 with an estimated price of INR 30,000 (about $600).

Nokia announced the Lumia 610 at Mobile World Congress 2012 – the phone which is designed to be a low-end affordable Windows Phone in Lumia series – the company is targeting primarily on Chinese market, the phone features an 800MHz processor, 256MB of RAM, and a 5-megapixel camera – pushing the Windows Phone hardware requirement to the “minimum” with the phone. The phone as we heard as Tango in the rumors in the past days will run on an updated version of Windows Phone 7.5 – the phone will make its debut in Q2 2012. The launch date in India is still not known but it comes with an estimated price of INR 12,000 (about $245). 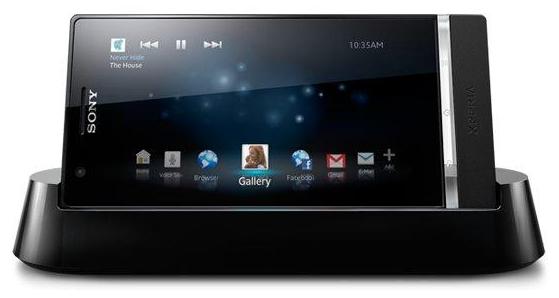 The phone includes a unibody aluminium handset having a 4-inch display and is the first one in Sony’s range to use Sony’s White Magic display technology, which results in making the phone more readable in sunlight. The new phone has a dual core processor, new photo, video and music player apps comes with an 8-megapixel camera that will shoot 1080-pixel video and will allow you to connect to Xperia’s Smart Dock to mirror your display onto either to your mouse and a keyboard or to your HDTV. There is also an NFC on board, which seems worked with Xperia Smart Tags.

The complete specs includes 4″ Reality Display with powered by Mobile BRAVIA Engine, WhiteMagic display technology for an ultra-bright and power efficient viewing experience, 1 GHz dual-core processor for super fast performance with 16GB flash storage, 8MP camera with unique fast capture, HD recording and Sony technology to capture 2D and 3D panoramic images, Easy HDMI and DLNA connectivity to share content on any screen, NFC (Near Field Communications) enabled to access a growing range of NFC applications and services as well as Xperia SmartTags, Available in a choice of silver, black and red, all with an aluminium unibody, Launches on Android platform 2.3 (Gingerbread), upgrade to Android platform 4.0 (Ice Cream Sandwich) during the second quarter of 2012.

Intel and Lava announced the rumoured Medfield smartphone for India – the phone name as the Xolo X900 and will be an Android based phone equipped with a 1.6GHz Medfield processor, further it will includes 2.3 Gingerbread – well not much of the specification discussed out during the Intel’s MWC press conference but if we go on earlier rumors it would have an 8-megapixel camera and a 3.5-inch or 3.7-inch screen. The launch date in India is still not known but it comes with an estimated price of INR 20,000+ (about and above $400).

The Panasonic Eluga, that comes with a 4.3-inch display with a 960 X 540 resolutions, will includea 5-inch LCD screen with a resolution of 1280 x 720, a dual-core Qualcomm S5 1.5GHz processor and run Android 4.0 Ice Cream Sandwich, measure 136x70xmm, weigh just 133g and be 9.6mm thick, comes with an 1800 mHa battery. Other features include NFC connectivity and an 8 megapixel autofocus and 1080p Full HD video recording camera. It will have auto scene recognition and 8x digital zoom, an 8GB of internal memory and a Micro SD Card Slot supporting a further 32GB. There is no news about the launch date and pricing in the country.