Notebook Italia is reporting that Asus sending out the invitations for the official launch of ASUS Padfone 2. According to the publication, the announcement is scheduled for Thursday October 16th, 2012 and will take place simultaneously in both Milan and Taipei. The invitation represents a corner which is looks like the upcoming handset, a device. Going by the recent benchmarks leak, the Padfone 2 will feature a quad-core Snapdragon S4 processor, but there is not much information at the moment of the device. Well, we keep a check on what Asus is cooking, till then stay tuned with us and catch all updates. 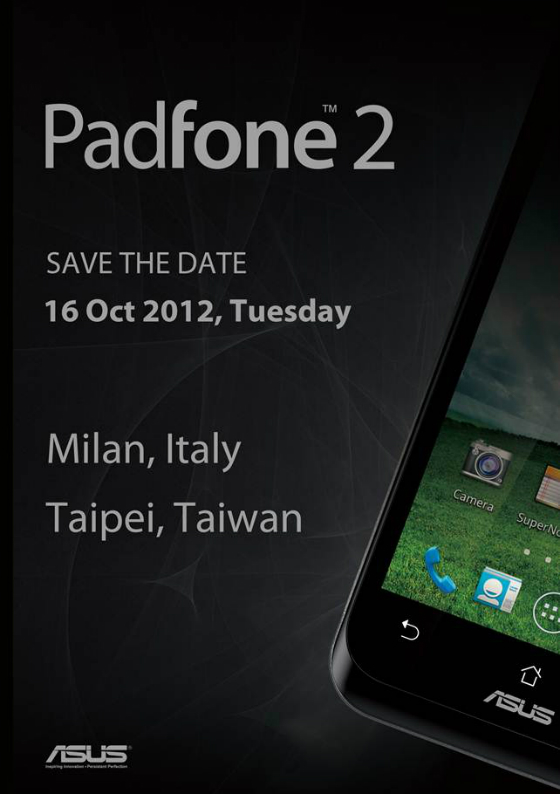