With the year 2012 starts, Facebook, the world’s largest social network, has announced its second annual Hacker Cup. Programmers from around the world will be judged and as they compete to solve different algorithmic problems. The top scoring 25 competitors are flown to Facebook HQ i.e. Menlo Park, California. Out of these final 25, one winner will be emerged as Hacker Cup Winner. 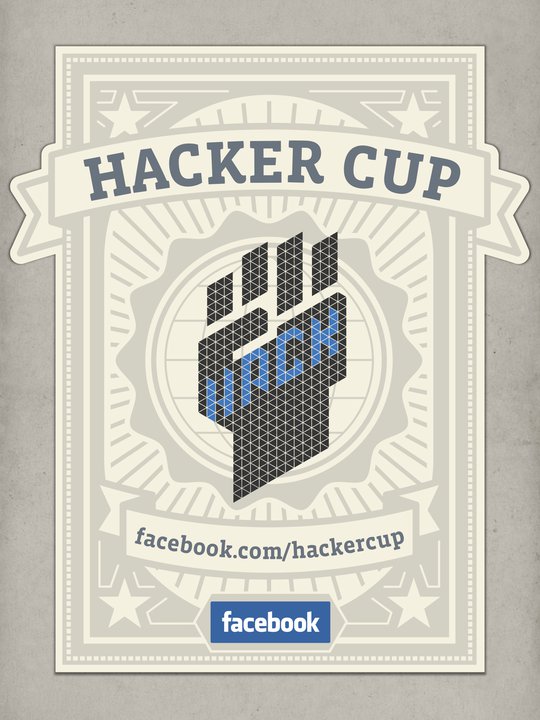 The competition starts with three online rounds with the finals at California, US. Registrations can be done from January 04, 2012 and can be register here. Programmers who made it to the final and win the Hacker Cup will get the whooping USD 5,000 as the winning amount and world “top hacker” champion title.

To begin with, try your hand in solving the previous year problems and keep an eye on the Hacker Cup page for regular updates and announcements.