With the recent survey conducted by MocoSpace, a mobile gaming company, it was confirmed that Gamers are spending more time on mobile phones playing games instead of their personal computers and consoles.

The survey was conducted on over 15,000 gamers asking about their gaming habits. The survey results in that 46% of those surveyed spend more time on mobile games; in turn 26% mentioned that they spend their time on consoles. And, most interestingly, only 23% said they are playing games on their computers. 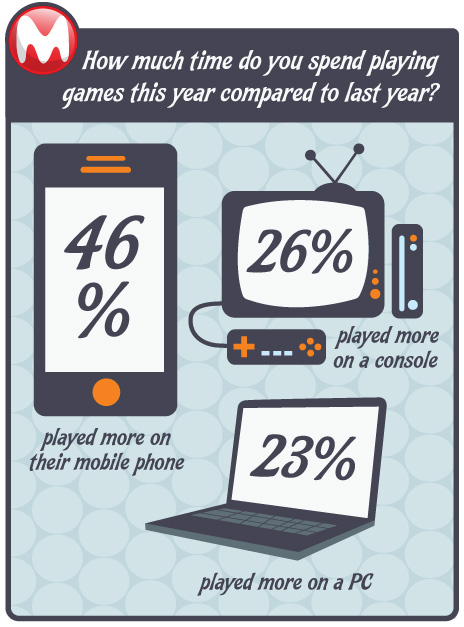 The study also reveals that women over age 30 consistently showed more interest in mobile gaming than any others, even 27% of women over 30 conveys that they spend three hours plus playing mobile games, which is double the percentage as compared to men. This data makes it clear that mobile is a viable alternative to console and computer gaming, mentioned by Justin Siegel, CEO of MocoSpace. 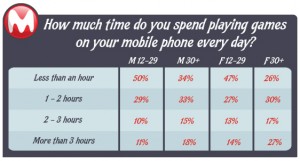