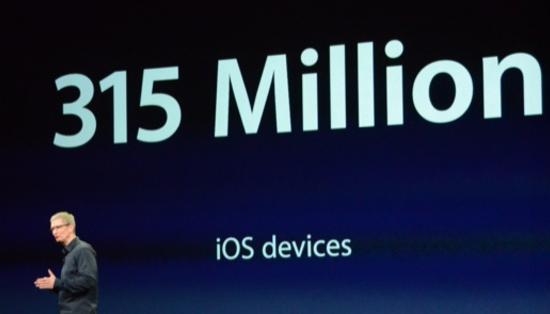 Apple’s iPad 3 event is “On” now and the Cupertino-based company CEO Tim Cook is now on stage and is talking and taking the lead by discussing the company’s amazing growth. Cook says that iDevices have sold 172 million units and now makes up for 76% of its revenue. The growth Cook has mentioned the company has seen in the Post-PC era.

The company sold out 315 million iOS devices out in marketplace in the market. There are 585,000 apps in the App Store available for these days. There are already 100 million iCloud users, which is up from the 85 million that were using it at the end of Apple’s financial quarter one. Apple’s Post-PC constitutes iPad, iPod and iPhone. Moving towards the retail, there’s now 362 Apple stores around the world and 110 million people visited these Apple store in Q4 of 2011.