An interesting breakthrough has come into picture stating that Apple’s iPhone 5 topples the Samsung Galaxy S III to become the best-selling Smartphone in fourth quarter 2012, according to report published by Strategic Analytics. The firm reported that the global shipments of Apple’s new instalment of iPhone increased to 27.4 million units in the final three months while on the other end Samsung Galaxy S III taken a U-turn to 15.4 million units over the same period. 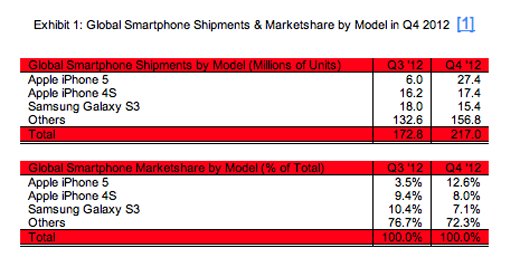