Following the ACCC believes that the branding of the device as “iPad Wi-Fi + 4G” in Australia resulting in misleading to consumers because the new iPad cannot access any 4G LTE networks in Australia.  9to5Mac reports that the company has decided to have the name as simply “iPad WiFi + Cellular”, instead of former “iPad WiFi + 4G”. The company did not simply make this iPad name change in the affected Australia and UK regions, but they changed it in the UK, Australia, the U.S., Canada, UAE, Vietnam, Thailand, Singapore, New Zealand, Malaysia, Ireland, and Hong Kong. The new iPad name of “iPad WiFi + Cellular” can now be seen across Apple.com, and the changes were officially made within the last 24-48 hours. Apple retail stores have begun changing out their signage to new “WiFi + Cellular” marketing. 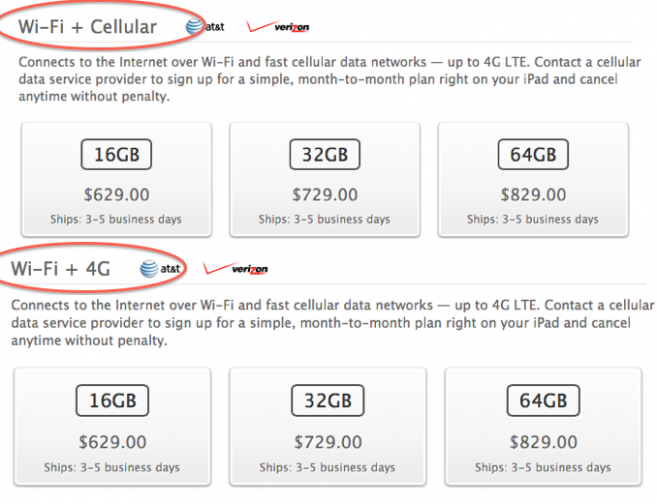