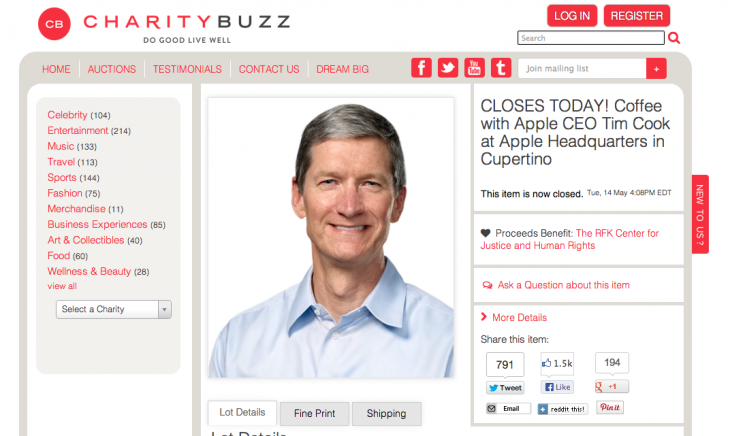 How much will you pay to have a cup of coffee and a chit chat with Apple’s supremo Tim Cook? Any idea? No, then you would be delighted to know that the Coffee time with Apple CEO auctioned at $610,000 and ended with total of 86 bids. His CharityBuzz auction which got ended last day was having the winning bid of $610,000 although the auction value was estimated at $50,000.

If you now go to the CharityBuzz auction page, then you will notice that the page has been removed and now marked as “closed,” while also to note that winner name still not shared publicly yet. The auction winner now got its place to have coffee and chat time with Cook at Apple’s HQ. This is when Cook has ever being auctioning off for one-on-one rights for charity.