Apple’s iOS ecosystem – the way as it have to be – this is what the reason that it deserves a lot of appreciation for both growing and increase in its user base – the only way the developers stick to it – this is why seen to not to be surprising that much but still somehow pleasant in approach – as the iOS developer launched a simple but yet to be called as “useful” introductory document it named as “Start Developing iOS Apps Today”. 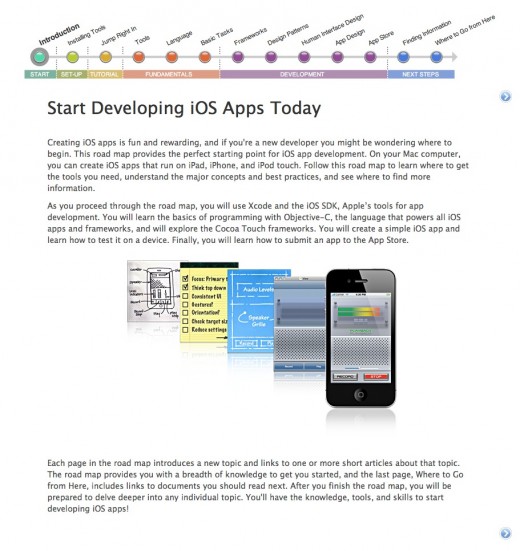 The document is a public developer resources and can be easily accessible in whatever the manner it is – then whether you are a developer or not – the guide is divided into sections that guide in a perfect manner and help to those who are looking to begin making apps from the scratch – although there are sections including set-up, tutorials, fundamentals, developing and guiding them to further resources.

The program is very impressive as it reaches on all of the basics of development for iOS, including defining the way – the design of an application and even selling the app on the app store – well on an whole is an unique sense in developing for iOS – it is atleast a “must try” approach and since each of the page with only a few lines of text but actually consists of links to more extensive documents on each of subjects which are included in the section.