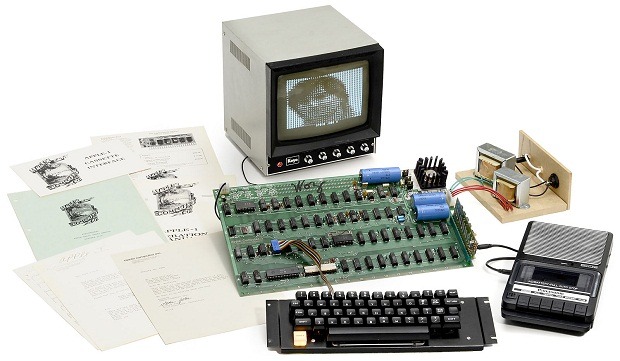 A rare Apple I computer which is one of only 50 remaining from the original 200 made has sold for a record breaking €516,471 ($671,400) at a German auction. The machine, sold by Auction Team Breker in Cologne was created by Steve Wozniak and Steve Jobs and the one in such six machines which being still in working condition.

The homebuilt Apple I computers was expected to sell for between $260,000 and $400,000, which includes all the system components, plus the original manual and a letter to the original owner signed by Jobs. The “Middle Eastern” buyer who has won the auction wants to remain anonymous, as per Auction Team Breker spokesman.