Editor’s Note: Guest Author Sachin Mishra is in the process of finishing his Computer Science engineering, and having a wide interest in the field of Web Designing and Development. 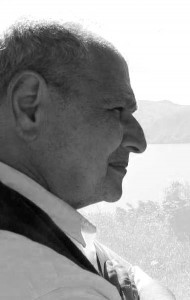 Apple’s third co-founder says he has no regrets about departing the company just 12 days after it was founded and relinquishing an $800 stake that would be worth billions today. Ronald Wayne, now 77, was the old guy in the trio that founded Apple on April 1, 1976.

In addition to the $800, Wayne also took $1,500 to forfeit any claims against Apple. While promoting his recently published book, ‘Insolence of Office’, Wayne explains his decision to leave Apple after only 12 days in a Facebook post.

Wayne posted on Facebook “I didn’t separate myself from Apple because of any lack of enthusiasm for the concept of computer products. Aside from any immediate apprehension in regard to financial risks, I left because I didn’t feel that this new enterprise would be the working environment that I saw for myself, essentially for the rest of my days.

I had every belief would be successful but I didn’t know when, what I’d have to give up or sacrifice to get there, or how long it would take to achieve that success.”

Something Steve Jobs and I had discussed many times-Jobs had asked me if I had thought the Dow Jones would ever break a thousand points. I told him that it would break 1,000, then 5,000 thousand, and at some point in the future, 10,000 points.

These types of conversations were typical of those Jobs and I would have over lunch at some of the local diners surrounding Los Gatos, during our time together at Atari.  I didn’t lose out on billions of dollars. That’s a long stretch between 1976 and 2012.

Thirty-five years ago, Ronald G. Wayne helped co-found the Apple Computer Company with two men 20 years his junior, Steve Jobs and Steve Wozniak – names that have since become synonymous with the personal computer revolution of the early 80s. For Wayne, however, it was a gig that lasted all of a dozen days, abruptly ending when he marched down to the Santa Clara County Registry Office to have himself stricken from the contract he’d authored.

His is a name that pops up every few years or so, shrouded in mystery, the “forgotten” or “unknown” founder of one of the world’s most successful companies – and perhaps more infamously, the man who once owned 10 percent of its stock, only to walk away from it all a mere $2,300 richer.