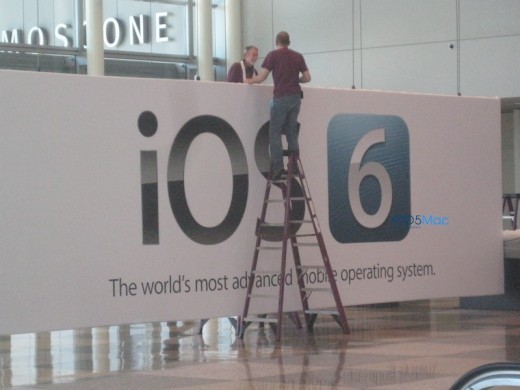 Confirming the rumors, Apple has officially unveiled iOS 6 today at WWDC 2012. The iOS 6 will be the next version of its mobile operating system which would be used by the iPhone, iPad, iPod touch as well as by Apple TV. The version 6 will come with claimed 200-plus new feature.

Among the features, Siri gets a boost, gets updated with iPad compatibility. Siri can now answer real-world questions about sports, movies, restaurants and a lot more, even including “Who won the latest Lakers game,” “Find a great place for dinner,” deciding on menu type. To make it happening more, Siri can now launch apps.

A number of new languages are being added, including Chinese and Korean. Siri is even getting integrated with cars – an “Eyes Free,” a special Siri button will allow you to use Siri while driving. Big brands like BMW, GM, Audi are already in the lineup to offer the feature within the next 12 months.

Apple giving an Facebook a fly this time, adding social networking giant with contact integration and notification support for Facebook messages. With a single sign-in, you’ll be able to share apps, movies, TV shows and more from the on-device stores. You can also share photos, talk smack from Game Center, and more.