It’s time for roll and rock on the tunes of iTunes as Apple’s iTunes Festival is back again. The company has announced the line-up for its iTunes Festival in London this coming September. The festival will constitutes of a series of performance which will take place during every night of September in the various city locations while it will be streamed live and free for iOS devices users worldwide through a dedicated app and Apple TVs.

Also to note that tickets are not available through public sale, instead if you want it you have to win local competitions which will run across series of countries, including US, Australia, Brazil, Canada, Europe, Japan and Mexico. For those in UK, the tickets will be given via the dedicated festival app, iTunes store and selected media partners, like Channel4, Global Radio and Metro. You can get more details about the festival from the the website here. 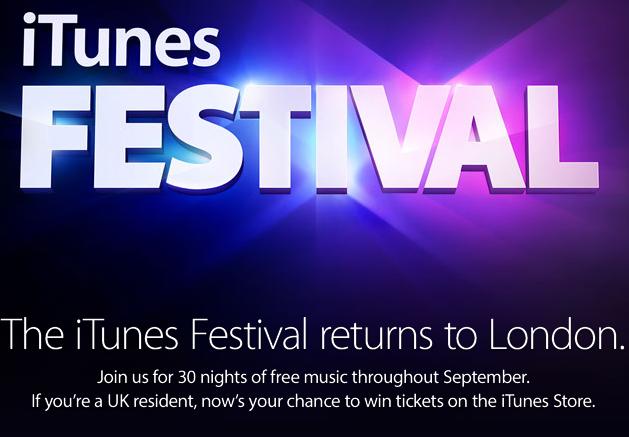