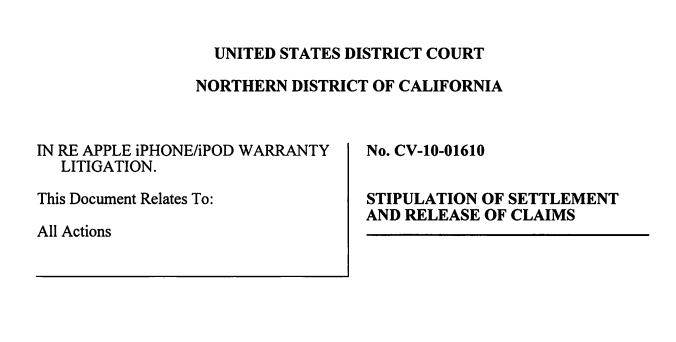 According to an agreement obtained by Wired, the publication is reporting that Apple agreed on to pay about $53 million to settle a class-action lawsuit over its failing to repair some of its mobile devices while they were still covered under warranty period. The decided settlement set to be filed in a San Francisco federal court, with Apple providing payouts to iPhone and iPad Touch consumers who comes under the Apple’s failed regime of non-repairing of their faulty devices.

The affected devices known as per now includes the original iPhone, iPhone 3G, iPhone 3GS and first-, second- and third-generation iPod touches. The agreement also further made necessary for Apple to take out an ad in both USA Today and Macworld mentioning the website and contact information which will be required to file a claim. Payouts are expected to be of around $200 and could be either less or double in numbers based on claims submitted.