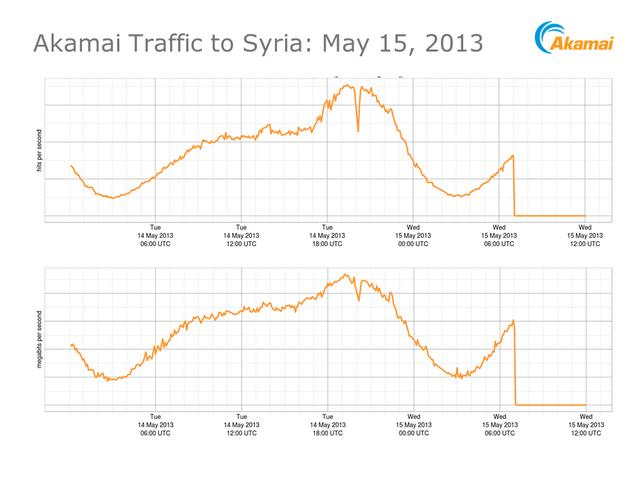 In just a week’s time, Syria being hit by another Internet outage, reported by Renesys. The internet access in the country has been not working since Wednesday, 7:01 UTC (00:01 PDT) while a tweet from Renesys also suggests that Border Gateway Patrol (BGP) is also down as well as DNS servers and government websites too.

Another tweet from the state-run Syrian news agency says that the firm is working on to fix the issue and trying its level best to get the internet back as soon as possible. Although official reasons not being disclosed over the outage but Renesys believe that it might be because of an upcoming UN decision over Syria.

The internet outage issue in the country reported for the second time. Back on May 7, the Syrian citizens was not able to access the internet for over 19 hours, while government blamed it was due to a faulty fiber optic cable.

Let’s see now how much time this time it takes for the internet to get back on its toe completely.