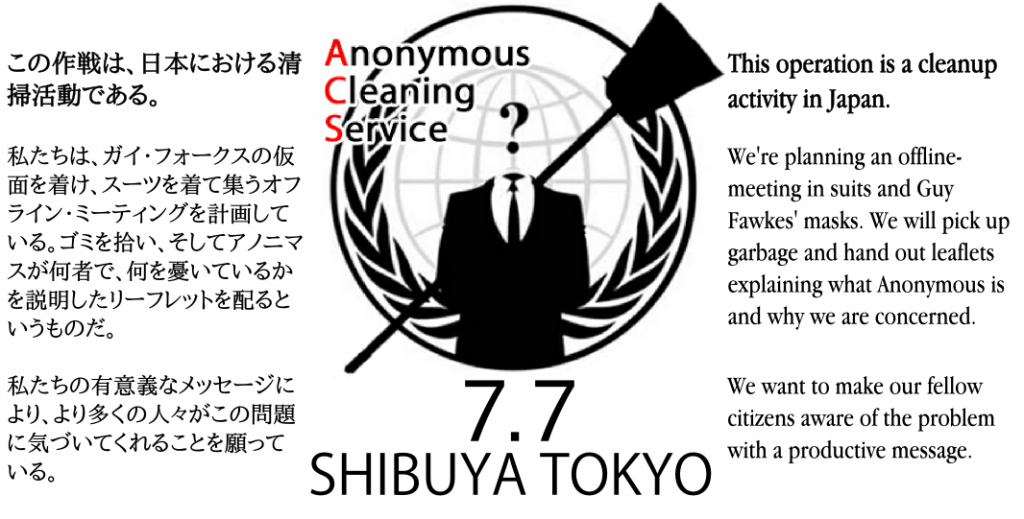 As reported, Anonymous Japan did a lot good work during the weekend by performing cleanup activities on Miyashita Park at July 7th, 10:00 AM, Tokyo, with having garbage bags in hand. The event is related to the act or circumstance of proving or being proved conclusively, as by reason or a show of evidence and it’s using the occasion to speak out against recently-passed revisions to the country’s copyright law that are  concerned about people liberties on the internet.

A member of the group while talking with media said, “We’re not saying we want the government to let people engage in so-called illegal downloading. But we are opposed to the incursions on freedom of information and online privacy that the criminalization of illegal downloading would bring.” He later added, “Among the Japanese-speaking Anonymous, a lot of people think that the attacks are bad, which is why we were able to put together this kind of peaceful demonstration so quickly.”