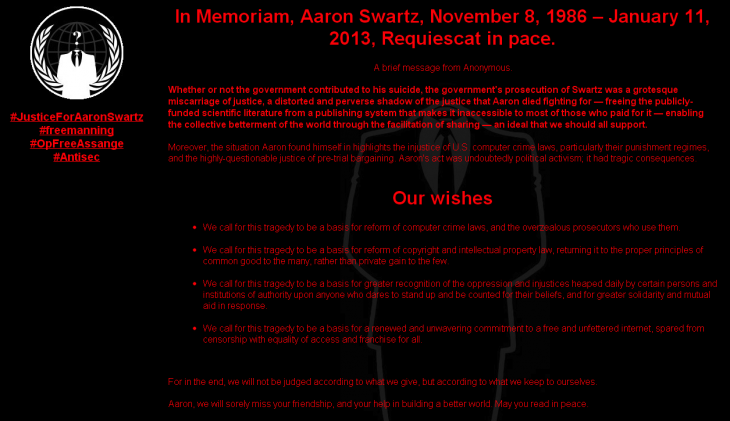 With Aaron Swartz, an activist who helped establish the RSS standard, committed suicide last week, the hacking group Anonymous has hacked parts of MIT’s website to post a tribute to Aaron Swartz and calling reforms to computer crime and intellectual property laws. cogen.mit.edu and rledev.mit.edu were changed to display Anonymous’ message on Sunday evening (US time). the message can also be read in a press release posted to PasteBin:

“Whether or not the government contributed to his suicide, the government’s prosecution of Swartz was a grotesque miscarriage of justice, a distorted and perverse shadow of the justice that Aaron died fighting for – freeing the publicly-funded scientific literature from a publishing system that makes it inaccessible to most of those who paid for it – enabling the collective betterment of the world through the facilitation of sharing – an ideal that we should all support,” the statement read.