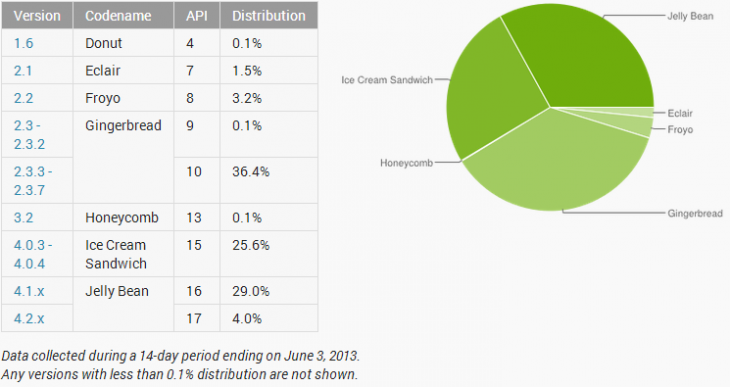 With all these figures, it is also important to remember the fact that Google recently updated its algorithm on making a count of users for these figures. In Google’s own words, the new algorithm goes like this:

Note: Beginning in April, 2013, these charts are now built using data collected from each device when the user visits the Google Play Store. Previously, the data was collected when the device simply checked-in to Google servers. We believe the new data more accurately reflects those users who are most engaged in the Android and Google Play ecosystem.