AMD’s Corporate Graphic Business Unit Vice President and CTO, Eric Demers has decided to leave the company – Demers who had joined the ATI in 2000 and has been with AMD since it’s bought out by AMD – he is leaving the company at the end of this week and indicated the reason of leaving as to pursue other opportunities. 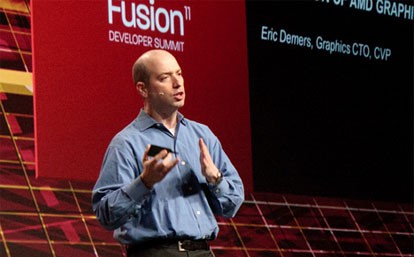 AMD Statement on this:

AMD Chief Technology Officer Mark Papermaster will assume interim responsibility for the Graphics Business Unit CTO role until a replacement is found. AMD remains fully committed to our critical graphics IP development and discrete GPU products.  We have a tremendous depth of talent in our organization, a game plan that is resonating with our customers and our team, and we are continuing to bring graphics-performance-leading products to market.  We will attract the right technology leader for this role.

The Verge updating on this state, “We’re hearing rumors that Demers will actually show up for work at Qualcomm, an interesting choice indeed: the company purchased AMD’s mobile graphics division and Imageon media processor back in 2009. You now know it as Qualcomm Adreno, and it’s the graphics solution in all Snapdragon-powered tablets and phones.”

A lot of turnaround happenings in and around AMD and with the current updates of Demers to join Qualcomm already adding a lot of buzz in the market – what the future holds of AMD with one such “experienced” employee move out – we will get to know soon.