According to Akamai’s Second  Quarter 2012 State of the Internet report, the internet speeds worldwide continue to be faster, leading by Asia-Pacific countries South Korea, Japan and Hong Kong while China remain on the top of observing largest amount of attack traffic. The report suggests that the global average connection speed increased 13 percent to 3Mbps in the second quarter as compared with the first quarter. Talking about average mobile connection speeds, a Russian mobile operator delivered the fastest speed at 7.5Mbps while the highest average peak mobile connection speed came from UK mobile provider, clocking at 44.4Mbps. To check the complete report, click here. 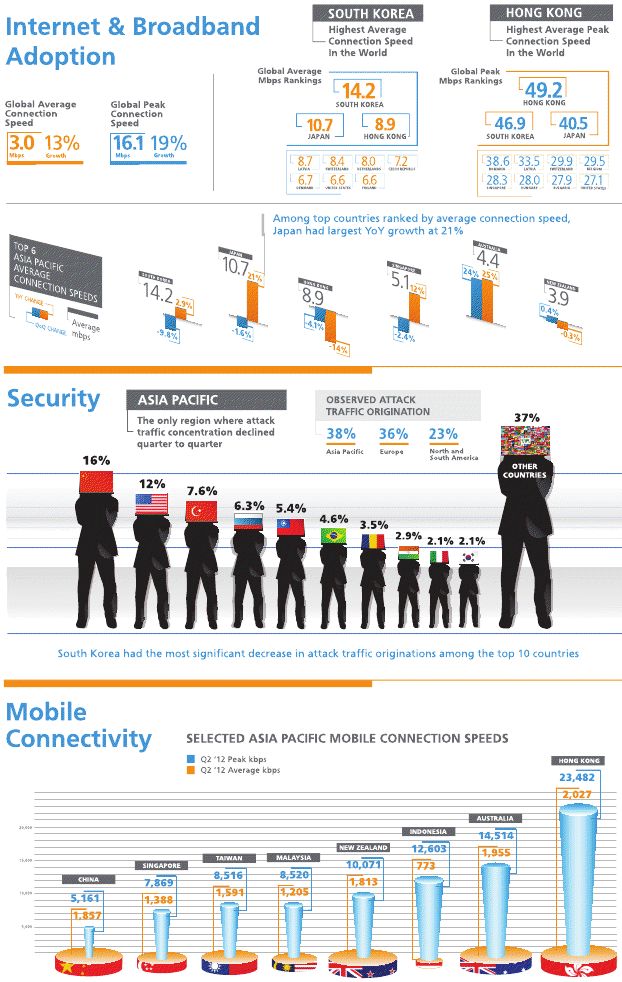