According to usage data from an ad network for Windows Phone, AdDuplex that may surprise some at large that the Finnish mobile marker Nokia now holds the control of around 75% of the smartphone platform’s OEM market although it’s difficult to collect and parse data of this sort with Windows Phone as the overall sample sizes are invariably smaller. 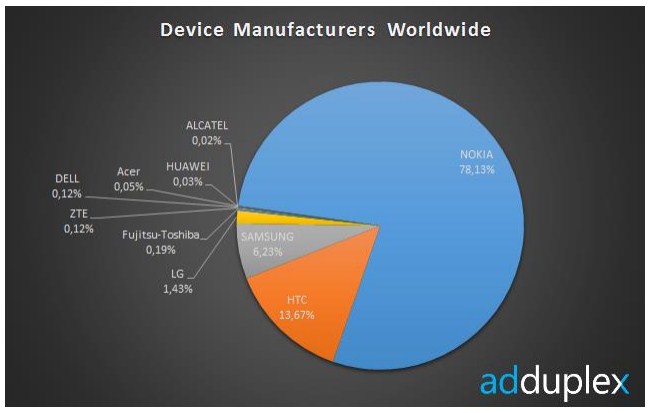 Counting on different facts, the same data also indicates that Windows Phone 8 currently make a cakewalk on roughly 25% of all Windows Phone smartphones although there is no surprise in understanding that Nokia is as dominant as its given its close work with Microsoft for the platform. Further, during the holiday cycle, Windows Phone supposed to make a bigger affect overall, means Nokia performed strongly.