TRENDING
Navigate
Categorized as
4228
Tagged as
2015BritainDriveDrivingLearn To Drive
Related 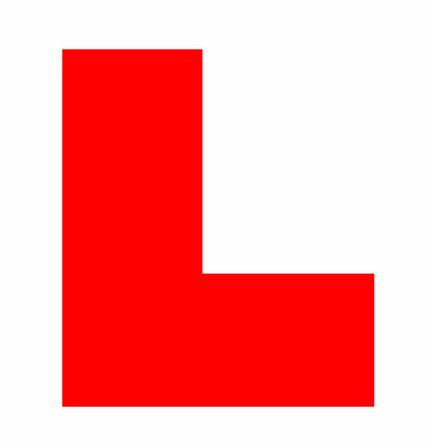 With the proposed new driving test for 2015/16 and onwards, there has never been a better time to start learning than now. Passing your test is difficult enough as it is already. But, with plans to use a sat nav to instruct you as you go, you might want to be proactive and take advantage of the test in the United Kingdom in its current form. Plus, there always advantages of learning to drive whatever year you take the test, so you can exploit those advantages as well. Here is an eclectic mix of reasons why you should learn in 2015.

The New Test Is Harder

For starters, it sounds a lot harder. There are so many factors you have to be aware of when you are a learner driver that adding another one to the mix is just not nice. Just think about it. Check your mirrors, keep your eyes on the road, hands at ten and two and listen to what the automated voice on the satellite navigational system tells you! It is not going to be easy.

Plus, the people who want to introduce the measures want to do so to make the test harder. When the people involved come straight out and say that is the case, you can be under no illusions.

It Will Take Longer To Pass

Along with the idea to make it harder so that learner drivers are better equipped on the road, the parliament proposed in 2014 that new learners should have to take a mandatory amount of lessons. These lesson will equate to around 120 hours spread out over one year. That is a lot of lessons and a lot of time before you can take your first test, and you might not even pass the first time. The best case scenario is that you pass after a year, year and a half of first getting behind the wheel. Although it is not a law as of yet, if it is passed it will have a huge effect on the amount of time it will take you to drive legally on your own.

It Isn’t Feasible To Pass

Apparently, there is to be a longer probation period for new drivers after they have passed in the future. What does that mean for you, the non-driver? It means that if you do pass while you could be banned for a total of six points instead of the usual twelve points under new regulations in the future. Given that a common offence like speeding is three points, you would only need to be caught twice going over the speed limit by six miles an hour. If you did, you would be banned for a considerable amount of time.

The new, proposed regulations make it far better to learn now than take the risk and learn in the future.

Obviously if the test changes, the lessons will change as well. Although, instructors might only need to get a sat nav to teach learners the new method, there are bound to be a lot of people who take advantage. As a result, they will charge more than they need to because they know they can get away it. After all, you have to learn somewhere. Given that the cost of learning now is around one thousand pounds in the U.K, it makes sense to book your driving theory test today and cut down on the potential costs in the future.

Driving On The Motorway

You don’t drive on the motorway now because it is daunting and incredibly stressful. Even when you pass, the first time you go on a motorway is not the best experience. You need to be confident and calm at all times, and once you are it comes quite easily. But, as a learner and during your test, there is no more difficult test than driving on the motorway. All the fast cars and new etiquette that you must learn will have some experienced drivers shivering at the thought.

Not everything revolves around a new set of rules and regulations. Some of the old ones still apply and make learning to drive an essential part of life. One of the main reasons is growing up and gaining your independence. Of course, not being able to drive doesn’t make you dependent, but it does make it easier. If you have a car at your disposal, the world is at your feet and ready for you to explore. You don’t have to catch the bus or ask mum and dad to drive you somewhere because you can drive yourself. With a pink licence on your person, you don’t have to think about anyone else but you, to an extent. That sounds selfish, but there is no better time to be selfish than when you are young with no responsibilities.

Maybe you are more career driven and want to succeed at an early age? Or maybe you are a little older but have never gotten around to learning? Whatever category you fall into if you learn to drive you will give yourself options that allow you to succeed, chiefly in your career. More jobs will open up to you that pay well and that give you a good chance of climbing the ladder. If you don’t live in a big city, the options available at your doorstep can be quite small and limited. With a car, you don’t have to worry about that, within reason of course.

It’s Good To Have Just In Case

Whether it is easy to learn, or you want to exploit the advantages, it is always a good skill to have in your back pocket. You never know when driving might pop up and offer you an opportunity that you couldn’t seize otherwise. With a pink licence, you don’t have to worry about driving being a factor in your life.

If you are a non-driver in Britain, take a look at the reasons above and seriously consider trying to pass your test before the year is out.