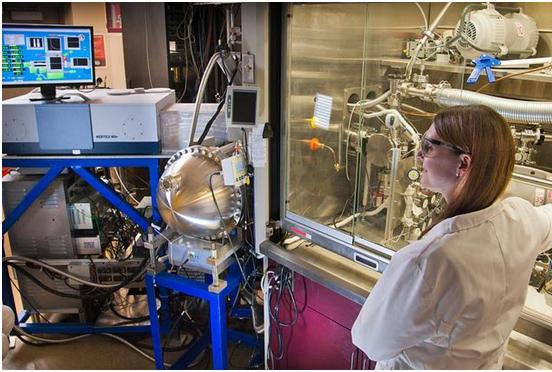 Science has that unique ability to stop you in the tracks and blow your mind. Well, prepare yourself, because we’re about to show you some of the most amazing discoveries so far. Each of these facts and experiments are taking place right now in laboratories around the world. They’re shaping our future and altering the way we look at the world. Scientists are doing fantastic things in the fields of space and medicine. Let’s dive right in, shall we?

Earlier this year, a synthetics startup raised over $10 million to continue its laser DNA research. If it sounds mind-bogglingly futuristic, that’s because it is. Straddling the dangerous line of ethical and useful, the company claims it can manufacture DNA using a laser. The applications of this are either terrifying or exciting, whichever way you look at it. The possibility of creating custom living things is a very real possibility.

Ever since astronomers discovered the Red Planet, they’ve been obsessed with learning more about it. Mars is extremely close (relatively) and similar in size and form to Earth. Scientists have always associated it with the potential of alien life. It’s the only planet that could potentially house organisms similar to us. In 2011, rocks and material from Mars came crashing down to Earth on a meteor. Since then, scientists have inspected them for more information.

Collecting the DNA of every living thing

A laboratory in Moscow has set itself the ultimate scientific challenge. They aim to collect and document the DNA of every living creature, both alive and extinct. If they complete it, the lab will house the world’s biggest DNA database. They’re going to need an enormous LIMS system to crunch those numbers and store the data!

While experimenting on soil, a team of scientists discovered a brand new antibiotic, Teixobactin. It’s the first new antibiotic found in 30 years, and it’s a startling discovery for doctors everywhere. Currently, 700,000 deaths occur annually from infections that resist antibiotics. Teixobactin could be the answer to bringing that number down significantly. Doctors say it could help treat tuberculosis and MRSA.

For a long time, scientists have created ‘spare parts’ for our bodies. Whether it’s an artificial leg or a hip replacement, new parts have helped millions of patients. However, only recently have we been able to create spare soft tissue organs. Earlier this year, a lab team successfully grew human muscle tissue for the first time. A synthetic windpipe was also grown and used in a cancer patient.

Microscopic machines that travel inside our bodies

A lab in America has built tiny machines that can travel within the living body. Scientists claim these machines can carry and distribute drugs to target specific areas of the body. This is next-level futuristic stuff!

We hope we have sufficiently blown your mind with these nuggets of information. What’s more impressive is that five of these discoveries were all made in 2015! That’s how fast we’re moving forward.