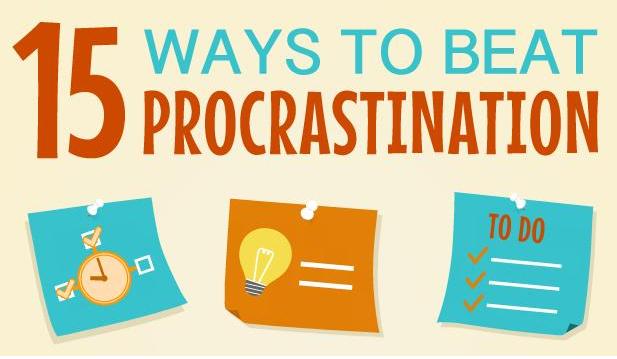 Have you ever noticed that you are delaying important tasks over and over again? You don’t have to worry, you’re not alone. That postponing you are doing is called procrastination, and many people around the world are struggling with this same problem. But although many people are postponing their tasks, they do it to a certain degree. Eventually they will finish their tasks. But, few people are so chronically affected with the procrastination that it can stop all progress in their life, especially in their career. Even one in five adults has a serious problem with procrastination. This is often caused by anxiety, fear of failure or negative perfectionism, and not by laziness as most people think. Yes, the truth is that most people really do not want to do that task so they procrastinate, but for some people this is a huge problem that affects all aspects of their lives.

Surely you all had at least one situation when you decided to rather clean the entire house or rearrange your books in alphabetical order instead of working on your task. Imagine what could you achieve if you were doing your task on time rather than wasting your time on surfing internet sites or social media? You could do everything faster and use this extra time on something that you really want to do. One of the things you could try is working in a productive environment. Remove any unnecessary distractions, like the TV, so you can focus more effectively on your immediate task. Another useful trick are the swiss-cheese tasks. Instead of doing that one big task in one go, devote small chunks of time to it so you can achieve as much as possible but without the overwhelming pressure. This infographic can give you that first push you need to step out of the black hole of procrastination.