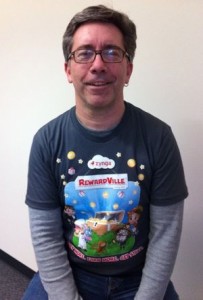 Zynga’s VP of Engineering, Neil Roseman has resigned after 15 months at the social games company. Roseman currently work with Clearwater Analytics as a Board Member. As VP of Engineering, he delivered on Zynga’s Platform mission, culminating in the launch of Zynga.Com as a destination social game website in March of 2012. Built Zynga’s in-game ad platform, cross-promotional channels.

Talking with AllThingsD, Roseman briefly confirmed that he had left the company about three weeks ago, after the launch of the platform. Roseman said one of the main reasons he was leaving was because he spent three to four days a week in San Francisco, and was looking forward to spending more time with his family in Seattle. He has not decided what to do next, but said he is looking forward to something entrepreneurial.