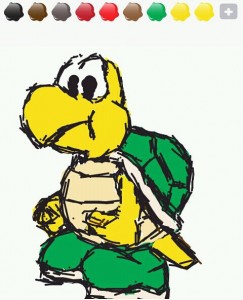 The social gaming maker Zynga is in talks to acquire the maker of massive hit Draw Something, OMGPOP, reports TechCrunch.  The talks itself have not yet entered the more advanced level. The OMGPOP has raised around $17 million so far and is bringing in six-figure revenue every day. The deal is expected to be worth between $150-$200 million range (also, Om Malik is also hearing about a bid in the $200 million range).