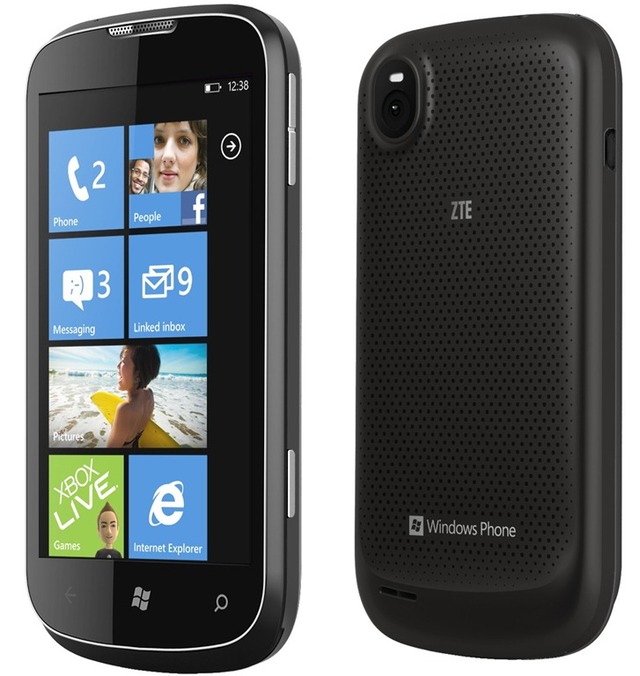 ZTE Corporation has expanded on its commitment to the Windows Phone platform and introduced the new ZTE Orbit smartphone. The phone joins the ZTE Tania smartphone in the company’s portfolio of Windows Phone-based devices. The ZTE Tania is commercially available in the UK and Sweden and other countries around the world. The ZTE Orbit is based on the latest version of Windows Phone and comes with 4GB of memory, HD Voice, and a 5-megapixel autofocus camera with LED flash. The ZTE Orbit will be available in the second quarter of this year.

“Microsoft is excited to continue partnering with ZTE to bring new Windows Phones to market. We look forward to the availability of ZTE Orbit in major markets around the world in the second quarter of 2012,” said Mark Linton, Senior Director of the OEM Division, Microsoft. The Windows Phone platform is as powerful as it is intuitive, enabling us to create and deliver exciting new devices that meet real consumer demand,” said Mr. He Shiyou, Executive Vice President and Head of the Terminal Division of ZTE.

ZTE also announced the MF668A data card which takes advantage of Microsoft’s Mobile Broadband Class Driver in Windows 8. ZTE’s MF668A data card is being demonstrated at Mobile World Congress for the first time. The data card, which supports RAW IP and high-speed transmission, is based on the new MBIM v1.0 specification, recently approved by the USB-IF, and natively supported in Windows 8 without additional software.