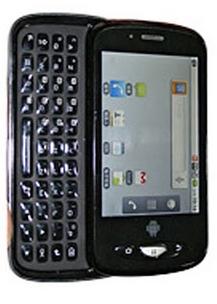 Chinese mobile maker ZTE which recently seen unveiling its upcoming PF200 and N910 Android 4.0 smartphones – the company is looking for some real major “expectations” since the Mobile World congress is just round the corner – the company is likely to announced that it will be showing not one – not two – but a total of eight different Windows Phone and Android smartphones at the world’s biggest mobile event, some even will featuring LTE support with a new quad-core model to top off the lineup.

“There is no doubt that this year’s Mobile World Congress will again see some exciting device launches. The new devices from ZTE will demonstrate how ZTE is without doubt among an elite group of handset providers as next generation telecommunications networks roll out globally. ZTE returns at least ten percent of its revenues back into R&D to ensure that it sustains its position as a true market innovator – and we’re counting down to being able to showcase this to the world’s mobile industry next week,” said Mr. He Shiyou, Executive Vice President and Head of the Terminals Division at ZTE.

ZTE will unveil eight new devices, delivering significant advances in power, high definition multimedia capabilities and design. Based on technology innovations including multi-core chipsets, LTE, 4G radio and the latest Android and Windows Mobile platforms, the new devices form a core component of ZTE’s ambition to become a top three handset provider by 2015. The devices will be officially unveiled in a press conference at Mobile World Congress in Barcelona on Monday 27th February at 10:30 CET.