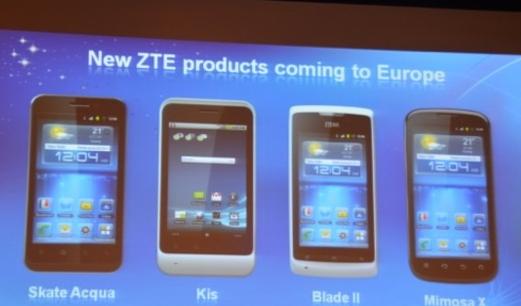 As the rumors surrounded earlier, Chinese mobile provider ZTE make it correct today unveiled eight new “high end” phones during its Mobile World Congress press conference. The eight phones included Skate Acqua, the Kis, the Blade II, Mimosa-X, Orbit – the Blade II comes with 1GHz processor and the Mimosa X with a dual-core Tegra 2 processor, whereas the Orbit is a Windows Phone. The company is also branding some “Touch and share” software which is essentially at it’s own take on NFC.