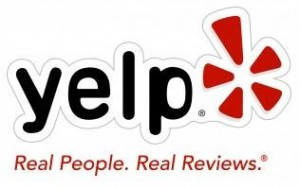 Yelp today announced that it has acquired Europe’s largest local review website, Qype for $50 million. The company says that the acquisition means an international expansion for Yelp, bringing more than two million reviews and 15 million unique visitors per month across 13 countries. Under the terms of the acquisition agreement, the company acquired all of Qype’s shares for approximately $24.14 million and 970,000 shares of Yelp’s Class A common stock, for a total purchase price of approximately $50 million. Qype is having the base in Germany, with operations also in the United Kingdom.

“I am excited to welcome Qype’s employees and users to Yelp. We have built a solid foundation in Europe and this acquisition should significantly increase our international presence. With its strong local content in key markets like Germany and the United Kingdom, we believe that Qype will help Yelp become the de facto choice for local search in those markets,” said Jeremy Stoppelman, Yelp co-founder and chief executive officer. “Qype’s established European sales force will also bring more local business owners into the Yelp ecosystem, which in turn will bolster our mission to connect people with great local businesses all over the world.”